Egypt’s telecom regulator has extended the deadline for bids for two restricted licences to supply cable, voice and internet services to residential compounds by one month, after requests from potential bidders.

Bids will now be due by April 15, Amr Badawi, head of the National Telecom Regulatory Authority (NTRA), told Reuters on Thursday. "There was a request (to delay) by at least five of the prospective bidders" who sought more time to prepare bids."

The licenses have received a lukewarm reception from many telecom firms and analysts disappointed by their limited scope and reliance on the infrastructure of landline monopoly Telecom Egypt.

Badawi said at least 18 firms had bought bid documents but not all were expected to bid and the NTRA had not yet received any bids. "They have the right to submit their bids early, but nobody usually does that," he said.

Among those that have bought the documents include existing operators Mobinil and Vodafone Egypt, and regional operator Orascom Telecom.

Egypt invited bids in September for licenses it expects to generate US$1 billion in investments over five years.

The bids were initially due in January, with successful bidders expected to start work in the second half of 2010. That deadline was extended by two months in December.

In 2008, Egypt suspended plans to launch a second fixed-line operation that would have broken Telecom Egypt’s monopoly. 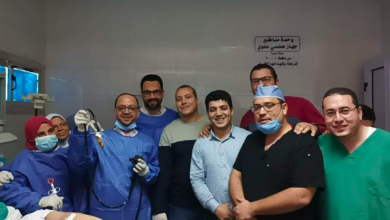 Mobile phone removed from a prisoner’s stomach in Egypt