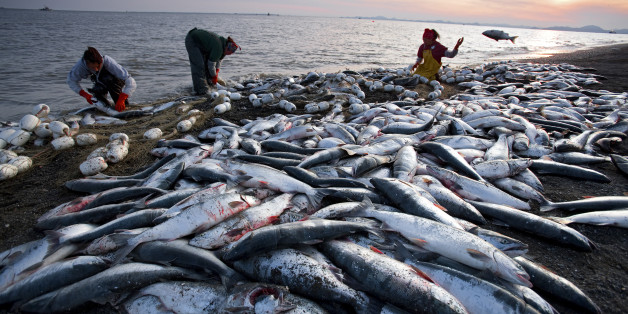 Egypt’s ambition of constructing the largest fish farm in the Middle East is materializing on the international coastal road in the Berket Ghalioun area in the Metoubas locality, in Kafr al-Sheikh.

The National Fish Farming Project is to be built on an area spanning 2,750 feddans, costing LE 1.7 billion.

Egypt’s aqua-cultural production ranks seventh in the world, according to the FAO, and ranks first in Africa in fish production.

In 2016, Egypt produced 1.5 million tons of fish, according to the General Authority for Fish Wealth Development. In the same year, it imported 236,000 tons of fish, worth 16 percent of total fish production.

Further, an ice factory will be built on an area of 450 meters, with a production capacity of 40 tons of crushed ice each day, and 20 tons of ice blocks for freezing fish and shrimp.