President Abdel Fattah al-Sisi announced during the 32nd ordinary session of the African Union (AU) assembly in Ethiopia on Sunday that Egypt would develop the capabilities of the AU commission, and support its structure and financial reform.

As he took over the AU presidency, Sisi praised Rwandan president Paul Kagame for his efforts in furthering joint African work and leading an active, reformist tenure as African Union chairman in 2018.

Kagame said that Sisi would help reform the AU and asserted this support for Sisi during his presidency tenure.

The theme for the AU’s 32nd ordinary session is “Migration and Displacement in Africa: Addressing the underlying causes through innovative risk financing mechanisms background.” ‘This IS INSANE’: Africa desperately short of COVID vaccine 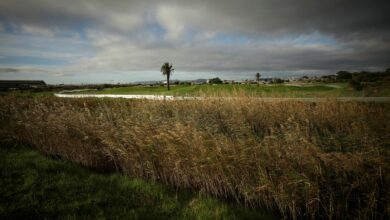