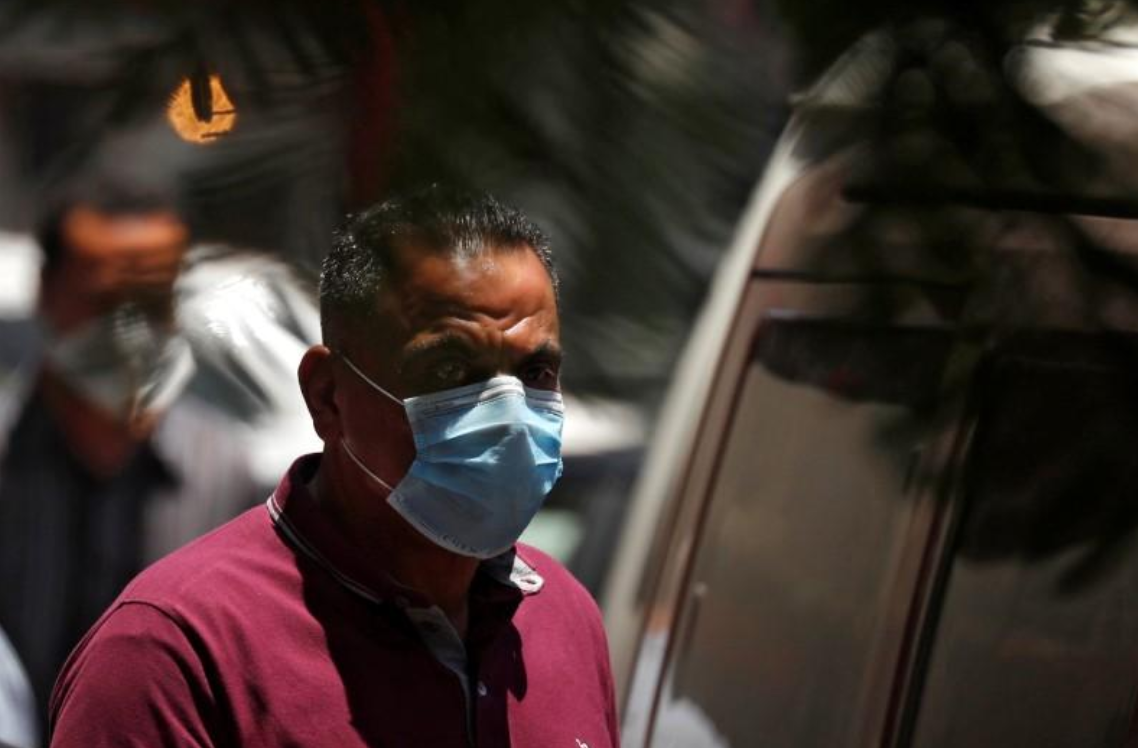 CAIRO (Reuters) — Most Egyptians appear to be following a new law that says they must wear face masks in public, the latest move by the authorities to slow the spread of the coronavirus as reported cases rise.

The law, which came into effect on Saturday, adds to measures including closing airports to international travel, shutting restaurants and suspending school classes.

Those who fail to comply with the rules on masks risk a fine of around US$252.

“This was supposed to happen from the very beginning, so that [people] learn discipline and learn the rules. We are a country that needs discipline,” said one person, standing near a shop in central Cairo and wearing a mask.

Egypt, the Arab world’s most populous country, has registered nearly 25,000 cases of the coronavirus and reported 959 deaths.

Infections rose sharply during the last week marking the end of the Muslim month of Ramadan, when families typically gather for the festivities. A total of 1,536 cases were confirmed on Sunday, double the number on the same day a week ago.

Egypt’s population is overwhelmingly young, but cities are crowded, making it more difficult for people to socially distance.

Reuters witnesses said that police in Cairo were not allowing people inside some banks and metro stations on Sunday and Monday if they were not wearing masks.

Some people worried that the new rules would add to the financial burden on a population where millions live in poverty.

“I need to spend 30 Egyptian pounds ($1.89) a day to buy masks for my family of six which adds up to 900 pounds a month. My entire salary is 2,200 pounds. How?” said Essam Saeed, an employee at the education directorate in Beni Suef, south of Cairo.

The government said in May that it was going to offer cloth face masks at five Egyptian pounds ($0.31) a piece that were viable for use for one month.

Egypt is looking to produce 30 million of the cloth masks a month to meet local demand and will in the coming days produce eight million as part of an initial trial, the trade minister said in a statement on Sunday.

Image: A man wearing a protective face mask to prevent the spread of the coronavirus disease (COVID-19) walks after Egypt’s government made wearing masks mandatory in public places and public transport, in Cairo, Egypt May 31, 2020. (REUTERS/Amr Abdallah Dalsh)