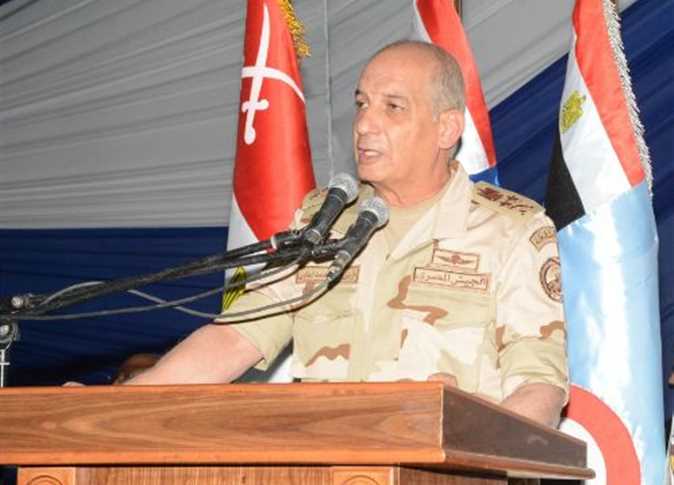 Egypt’s Minister of Defense and Military Production Mohamed Zaki headed to Washington DC on Saturday accompanied by a high level delegation, upon an invitation from US Secretary of Defense Mark Esper.

Zaki is expected to hold talks with his American counterpart to discuss issues and topics of common interest, aiming to promote bilateral relations and military cooperation between the armed forces of both countries across many fields.

Egypt is the second largest recipient of foreign military financing, which provides grants and loans to allow American allies to purchase defense equipment.

The State Department sought US$1.3 billion in foreign military financing for Egypt in its 2019 budget request.

According to CNN, Washington has given Cairo nearly $80 billion in military and economic assistance over the past 30 years.

In September 2018, Egyptian President Abdel Fattah al-Sisi welcomed Major General Joseph Votel, commander of the US Central Command in the presence of General Mohamed Zaki Commander-in-Chief of the Egyptian Armed Forces, and Thomas Goldberger the Chargé d’Affaires to the US Mission in Egypt.

Spokesman for the Egyptian presidency Bassam Rady said that during the meeting, President Sisi stressed the importance of growing strategic relations between Egypt and the United States, particularly in military cooperation.

US Energy Secretary: We will expand our investments in Egypt