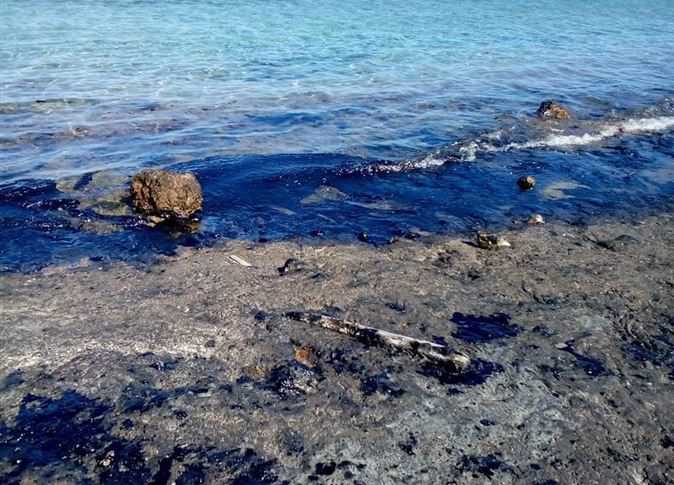 The Red Sea Regional Branch of the Egyptian Environmental Affairs Agency (EEAA) in Hurghada will file a legal complaint against the General Petroleum Company (GPC) in Ras Ghareb for polluting the Ras Ghareb Corniche Beach with crude oil and harming the environment, environmental activists said on Sunday.

The agency will file the complaint to the Red Sea Prosecution to investigate, the activists added.

The technical report’s results claimed that the crude oil footprint taken from the Ras Ghareb Beach matched with the company’s crude oil.

The activists said that the branch will assign the technical committee to identify the financial compensations which the company will pay for the crude oil pollution.

The EEAA has continued its oil pollution control work, which includes cleaning the oil spots along the one-kilometer Ras Ghareb Corniche Beach, fearing that the pollution will extend to further areas and harm the environment.

Crude oil spills re-emerged on November 6 on the Ras Ghareb Corniche beach, which has been the site of petroleum pollution from crude oil in several areas.

A committee of environmental researchers from the Red Sea moved to the pollution site, obtained a sample of the spill, and sent it to the laboratories of the Environmental Affairs Agency in Suez to determine the spill’s source, in order to carry out legal action amid calls from Ras Ghareb citizens to stop the frequent oil pollution on the city’s shores.

The Environment Ministry announced on July 5 that it spotted a crude oil spill covering 1,500 meters off the coastal area of Ras Ghareb, north of the Red Sea governorate, and declared a state of emergency while cooperating with the Petroleum Ministry to determine the spill’s source.

The marine environment protection societies warned against the recurrence of the oil pollution crisis, as it poses a grave danger to the environment through causing the death of marine life and polluting diving areas and coral reefs.