International and local elections observers have condemned the political and legal context of the second round of Egypt’s presidential election while  raising minor concerns about fraud and irregularities.

Some decisions made by the ruling military junta, the Supreme Council of the Armed Forces, ahead of and during the elections raised serious concerns about whether it would hand over power to an elected civilian government, as promised, by the end of June, observers said.

“Democracy has taken route in the Egyptian people; however, the clear question is whether the democratic spirit will be transferred to the Egyptian government,” said Jason Carter, who led the Carter Center’s elections monitoring team on behalf of his grandfather, former US president Jimmy Carter.

“The transition is uncertain, and these troubling aspects must be considered when assessing these elections,” he added.

Two days before voting began, a court order dissolved the Parliament elected last year. At the end of the second day of voting, SCAF unilaterally issued a set of constitutional amendments that significantly reduce the power of the president against the army.

The Carter Center was one of three main international elections monitors accredited to oversee the process, in addition to  the Electoral Institute for Sustainable Democracy in Africa and the Elections Network in the Arab World.

EISA also criticized the rulings on Parliament and the constitution.

“These developments have aggravated the broad constitutional and political environment of the country, further compromising the separation of powers and, more importantly, reducing the value of people’s mandate,” it said in a press statement on 19 June.

In spite of the context, monitors said that within the extremely limited capacity through which they were given permission by the Egyptian government to oversee the elections, voting was free and fair.

“Second-round infringements were mainly outside polling stations, with few violations inside. All in all, we have not witnessed any sort of violation that is systemic or dangerous and that can majorly affect the outcome of the poll count,” said Injy Haddad, co-founder of Shayfeen.com, a local monitoring group.

“We can’t issue an opinion on the overall process, but from what we observed these were competitive elections,” Carter said.

Observer missions were limited by late accreditation and restrictions placed upon them by the Egyptian governmental body overseeing the process, the Presidential Elections Commission.

They were unable to officially witness crucial stages prior to the two days of voting, such as the candidates’ campaigning period or the compilation of the voter registration lists. They were also not given access to the national aggregation of results.

During the first stage, monitors were also limited to 30 minutes inside polling stations, though they said this eased in the second round.

The Carter Center has said it will not participate in future elections monitoring under these circumstances.

Observers’ main concern, other than the context, is in two aspects of the process: the inaccessibility to the voter lists for campaigns and candidate agents, and no access to the national aggregation of results at the elections commission. This undermines confidence in the process as a whole, the monitors said.

“Two main stages of the process were not transparent, and if there is any manipulation of results, it is happening on registries or general committees that publish results,” said Shereen al-Touny, Shayfeen.com’s media officer.

There have been citizen complaints of deceased persons being found on the voter registration lists, as well as personnel belonging to the police and armed forces, for whom it is illegal to vote.

This has fueled speculation that names were added to the list to favor a particular candidate, particularly Shafiq, who is seen by some as the armed force’s choice.

Monitors said access to the voter lists is in line with international practices, and its inaccessibility seemed at odds with the fact that it was made available during the parliamentary elections.

The Carter Center said it was concerned by elections comission’s narrow interpretation of the law and its lack of transparency.

“Specifically, when the law was silent on witness access to the final stages of aggregation and the ability of candidates to access the voters’ list, the [commission] did not grant access, reducing opportunities to build confidence in the process,” the Carter Center said in a statement.

According to the center, the Presidential Elections Commission has said it would publish on its website broken-down vote results from the total 13,100 polling stations.

Sanne van den Bergh, the Carter Center’s field office director, said she hoped candidate agents who were able to witness the vote count at polling stations and were given District General Committee-level results would be able to match their numbers with the final one published by the elections commission.

EISA, however, was also critical of the accounting process at polling stations. Judges proceeded directly with the count without taking time to tally the number of ballots received with the number of used ballots, it said.

“When I sell fruits, at the end of the day I don’t just count the money, but also the number of fruits remaining with how many I had to start with. This accounting was not done,” said Denis Kadima, EISA’s executive director, explaining the organization’s criticism of the lack of reconciliation of ballots.

Monitors said they were subject to intimidation outside polling stations.

The founders of Shayfeen.com found it difficult to move around the town of Monufiya, where they were observing, because of security forces insisting that they would escort them around, as well as subjecting them to verbal harassment.

Police and army officers with weapons were also witnessed inside polling stations, which is illegal.

Shayfeen.com, which has 40,000 members and 400 accredited witnesses, said confirmed violations include voters being told to vote for Morsy in Giza outside the polling station, as well as people mistakenly signing against the wrong name on the voter’s list. There were also minibuses belonging to the Salafi Nour Party that transported people to and from polling stations in Alexandria.

On the second day of voting, one person reported receiving a text message encouraging her to vote for Shafiq.

A journalist was also arrested for wearing a “Boycotting” sticker, though he was released on the same day.

In the aftermath of polling, both campaigns have claimed victory with official results yet to be released. The Presidential Elections Commission is considering 400 challenges submitted by both Morsy’s and Shafiq’s teams regarding violations. 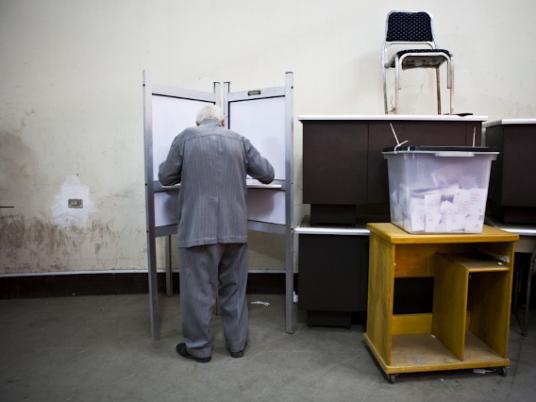 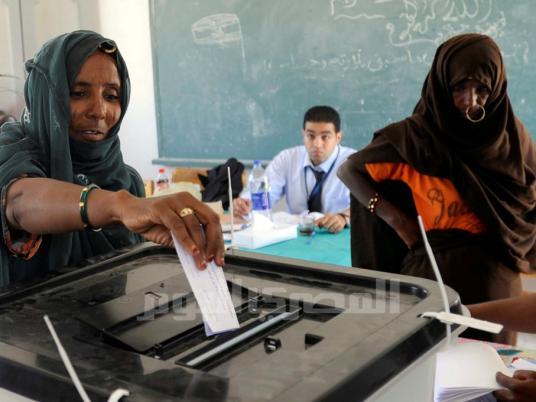 Requests to monitor elections due Friday