An international mission under the auspices of the University of Alcalá, Spain has uncovered over 50 clay jars filled with embalming materials for the mummification of the Ancient Egyptian Vizier Ipi during the cleaning of the courtyard under his tomb (TT 315).

Mahmoud Afifi, head of the Antiquities Ministry’s Ancient Egyptian Antiquities Department, said the jars were first discovered in 1921 and 1922 by the American Egyptologist Herbert Winlock inside an auxiliary chamber in the northeast corner of the upper courtyard of Ipi’s tomb, where they were left untouched.

The courtyard had been buried under the sand before being uncovered by the Spanish mission.

The jars hold equipment such as bandages, oils and salts, which were used by embalmers in mummification, as well as jars, bowls, scrapers, and a mummification board decorated with signs of the ankh.

“The identification of these materials is of great importance for understanding the mummification techniques used in the early Middle Kingdom and the assessment of the kinds of items, tools, and substances involved in the process of embalming,” head of the Spanish mission Antonio Morales said.

Morales added that the deposit of the mummification materials used for Ipi included jars with potmarks and other types of inscriptions, various shrouds and four-meter-long linen sheets, shawls and rolls of wide bandages.

Among the pieces discovered in the collection are the Nile clay and marl jars, some with potmarks and hieratic writing, various large six-meter-long bandages, as well as a shroud used for covering the body of the vizier Ipi; a fringed 10-meter-long shawl, Morales said.

There were also other types of cloth, rags and pieces of slender wrappings designed to cover fingers, toes, and other parts of the vizier’s corpse.

Ezz el-Din el-Noubi, director of the Middle Area of Al-Qurna Antiquities, said the discovery was made during the third season of project by the University of Alcalá Expedition to Deir el-Bahari in collaboration with the Ministry of Antiquities and the Luxor Inspectorate.

The main purpose of the project is the archaeological study and epigraphy of the tombs of Henenu (TT 313) and Ipi (TT 315), the funerary chamber and sarcophagus of Harhotep (CG28023), as well as the conservation and detailed publication of information of these monuments and others located at Thebes. 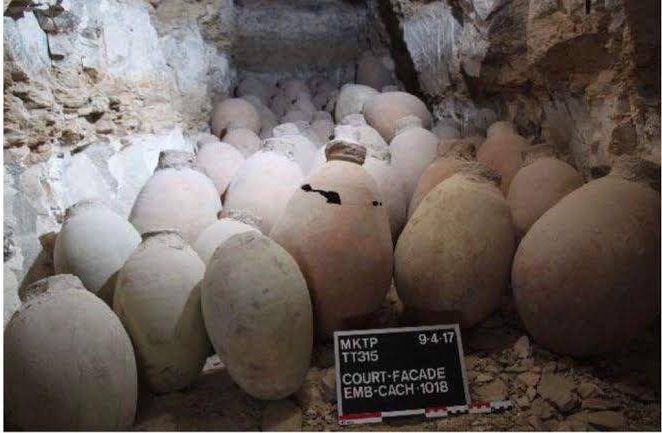 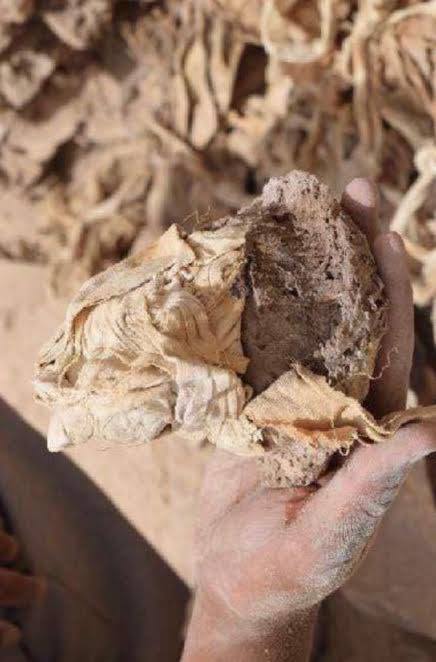