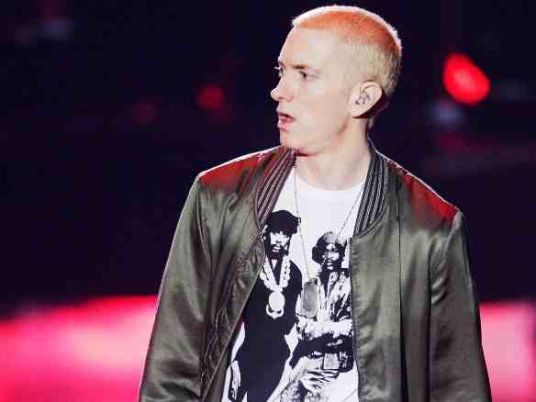 Music artists Eminem, Kanye West and Bob Dylan have something surprising in common.
According to a new study, the trio are among the top five artists with the largest vocabularies in the music industry.
Varun Jewalikar and Nishant Verma, who put the report together for the lyrics site Musixmatch, looked at 93 artists across 25 genres from pop to new age.
"The aim is to compare the vocabulary size of these musicians," they say in the study. "Some of them have released a lot more songs than the others because of the sheer longevity of their career and how prolific they are."
Using a list of 99 of the best-selling artists of all time, the pair compared "across the 100 densest songs (by total number of words) that they have released." However, the analysis excluded Bruce Springsteen, Chicago, Def Leppard, Journey, The Beach Boys and The Doors because they haven't granted permission for Musixmatch to use their lyrics.
Eminem topped the list with 8,818 unique words used, followed by Jay Z with 6,899, the late Tupac Shakur with 6,569 and West with 5,069. Legendary singer-songwriter Dylan came in fifth with 4,883. Perhaps the top four was to be expected, as rap is by nature dense, given the focus on lyricism.
The study weighed vocabulary size (the number of unique words across any language used by an artist in the 100 — or fewer — densest songs across their career), lyrical density (the total number of words used) and "new word interval" (the number of words after which a new word is used).
"Given how articulate and descriptive his songs are, it is no wonder Bob Dylan ranks so highly," the study says. "He also ranks at the top (#11) of the N.W.I ranking (on average he uses a new word after writing 9 words)."
Not surprisingly, saxophonist Kenny G ranked last.
Jewalikar and Verma point out that "There is a large variation of vocabulary size in the 93 top selling musicians and there is no overall correlation between the commercial success of a musician and their vocabulary size.
"This analysis should not be interpreted as saying that one musician is better than the other, it is just another insight into the work of these amazing artists," they write. "It gives us a peek into the minds of different songwriters, some tear your heart with just a few words while others paint an intricate picture with a thousand words."
"The Largest Vocabulary in Music" study was inspired by "The Largest Vocabulary in Hip Hop," in which data scientist Matt Daniels examined the vocabulary of artists in that genre. Artist Aesop Rock ranked No. 1 on that list.