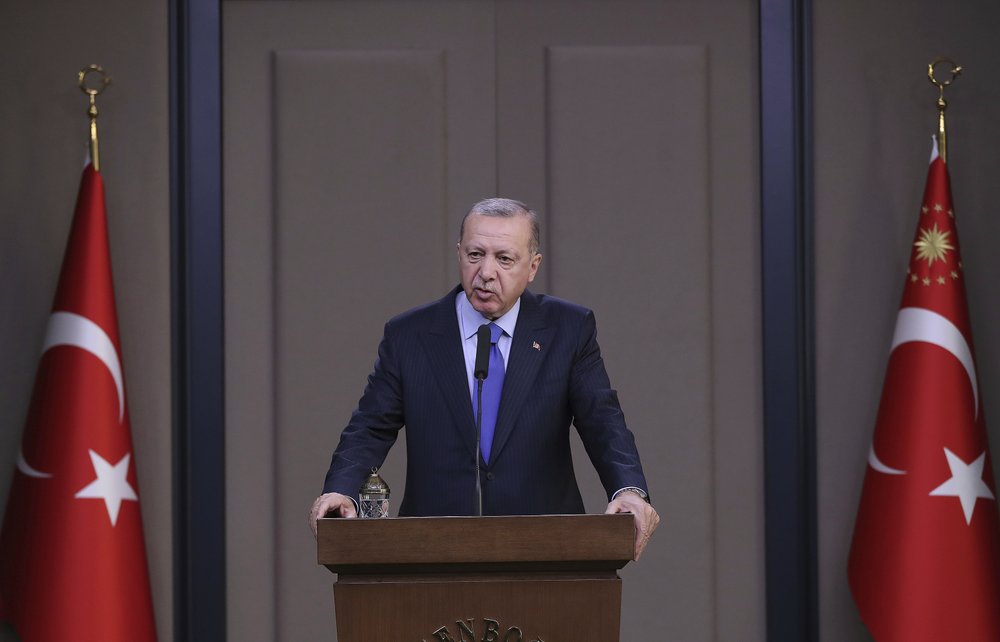 ANKARA (Reuters) — Qatar could support Turkey’s plans to settle more than a million Syrian refugees in northeast Syria after its offensive against Kurdish militia in the region, broadcaster NTV quoted President Tayyip Erdogan as saying on Tuesday.

Turkey launched a military incursion against the Syrian Kurdish YPG militia last month, seizing a 120-km strip of land along its southeastern border.

Since launching its offensive, Turkey has urged Western allies to back its plans to build new towns in northeast Syria, where it says up to half of the 3.6 million Syrian refugees it currently hosts could be settled.

It has called for an international donors summit to back the plan. Western officials say they would be reluctant to fund any project which involved involuntary returns or changes to Syria’s demographics – something Ankara denies it is planning.

Speaking to reporters on his return flight from a visit to Doha, Erdogan said he presented his plans to Qatar’s Emir Sheikh Tamim bin Hamad al-Thani, adding that “Mr Tamim liked our projects”, according to NTV.

Asked whether Qatar will help fund the plans, Erdogan said: “They are at the point of: ‘We can carry out these efforts together’. There really isn’t another way.”

Relations between Turkey and Qatar have been close in recent years. Ankara supported Doha after Saudi Arabia, the United Arab Emirates, Bahrain and Egypt severed ties with Qatar in 2017, accusing it of funding militant groups. Doha denies the charge.

Erdogan said that he had also presented the plans to Russian President Vladimir Putin and U.S. President Donald Trump, adding that he would renew his call for a donors meeting at the NATO summit in London next week. He said that realizing the plans would be “an example to the world.”

The Turkish offensive was met by a chorus of criticism from Ankara’s Western allies, who say the operation may hinder the fight against Islamic State. Turkey has rejected those concerns and said it will continue fighting militants.

Ankara views the YPG, the main component of the U.S.-backed Syrian Democratic Forces (SDF), as a terrorist group because of its link to Kurdish insurgents on its own soil. It has been infuriated with U.S. support for the group, and has repeatedly urged its allies to stop backing the militia.