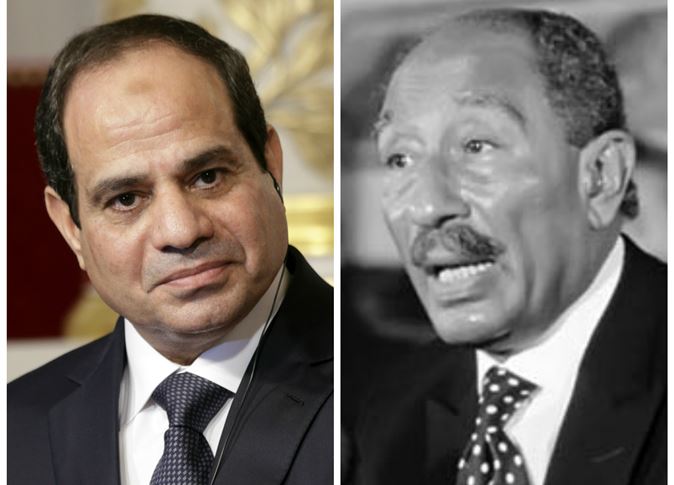 Taking after Sadat, President Abdel Fattah al-Sisi met on Wednesday with the Scholars Council of Egypt to discuss the ethics of Egyptian society, for which the council suggested to form a committee for the development of morality and conscience among citizens.
Sisi said at the meeting that ethics play an essential role in the progress of nations, and are an incentive for work and production.
President Sadat had in 1980 issued a law to protect values ​​from defect, later known as the Defect Law. It was to punish anyone who tried to mislead the youth away from religious values or criticize the state policy.
Sadat himself was called the “Believer President” and often talked about morals and values.
But the law was met with widespread opposition by politicians and intellectuals, who said it takes the country back to the fourth century BC when Socrates was executed by a similar law.
When he was still running for president, Sisi said in a television interview that he would be responsible for the ethics and religious values of Egyptian society.
Hassan Nafaa, a professor of political science at Cairo University, said Sisi did not learn the lesson from Sadat. “The Defect Law did not end moral defects in society,” he said. “Our regimes always tend to evade the challenges they face.”
“In order to develop our morals we need to keep the environment clean, stop indiscriminate arrests, release the unjustly imprisoned and achieve social justice,” he said. “What the council of scholars is doing is pure nonsense.”
Observers say the regime prosecutes citizens under the pretext of preserving ethics, drawing the example of Intessar, the artist who was charged with inciting debauchery for saying that pornographic films are a temporary solution for the unmarried.
Gamal Eid, director of the Arabic Network for Human Rights, said such practices take us back to the times of the Inquisition. “The role of the state is not to bring up citizens,” he said. “It is just to protect their rights.”
Edited translation from Al-Masry Al-Youm