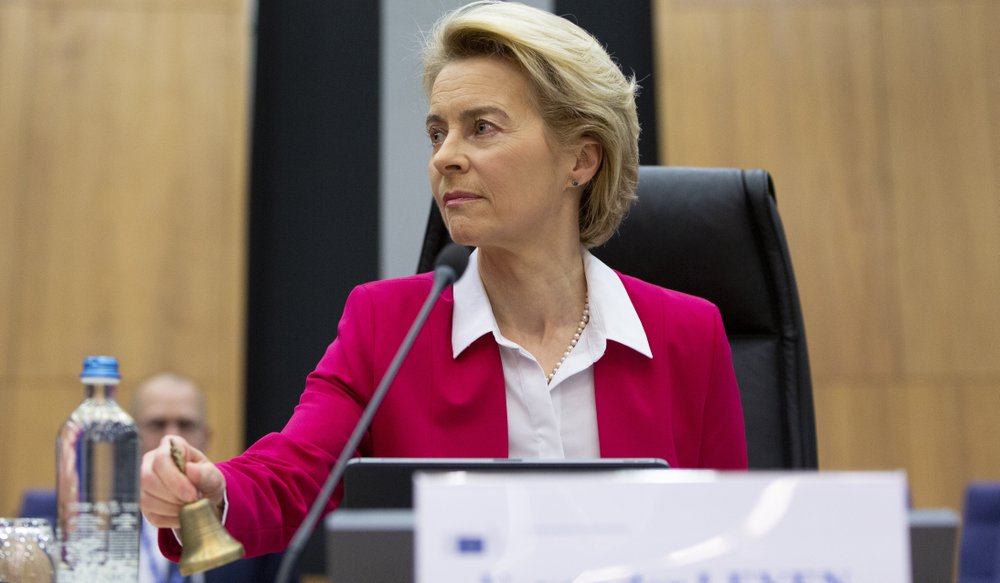 BRUSSELS (AP) — The European Union said Wednesday it “will spare no efforts” in its attempts to keep alive an international deal preventing Iran from developing atomic weapons.

EU Commission President Ursula von der Leyen said her foreign affairs chief Josep Borrell will continue to work “in the midterm” to reach out to all participants in the global deal in the hopes that the 2015 nuclear agreement can still be saved despite a rollback on commitments from Tehran.

Von der Leyen also reiterated the need to de-escalate the tension in the region, especially after Iran’s missile attack on two American bases in response to a U.S. strike that killed its top general.

“The use of weapons must stop now to give space for dialogue,” she said. “We are called upon to do everything possible to rekindle talks. There cannot be enough of that.”

“The latest rocket attack on airbases in Iraq used by U.S. and coalition forces, among them European forces, is yet another example of escalation and increased confrontation. It is in no one’s interest to turn up the spiral of violence even further,” he said.

Borrell has invited Iranian Foreign Minister Javad Zarif to Brussels for talks, but a date for his visit has yet to be set amid a frenzy of diplomatic activities. The EU foreign ministers have organized a special meeting on Friday to discuss the ongoing crisis.

Iran struck the nuclear deal in 2015 with the United States, France, Germany, the United Kingdom, Russia and China. The deal, formally known as the Joint Comprehensive Plan of Action, has however been on life support since U.S. President Donald Trump unilaterally abandoned it in 2018, triggering sanctions that have hurt Iran’s struggling economy. Since then, Tehran has gradually rolled back its commitment to the deal.

Borrell said the Iran nuclear deal is “today more important than ever because this is the only place where we can sit together with the Russians and Chinese to talk on a multilateral basis about the many risks that we are facing. It’s one of the most important tools of nonproliferation and regional security.”

After its top general was assassinated in the U.S. drone attack, Iran announced over the weekend that it would no longer respect limits set on how many centrifuges it can use to enrich uranium.

Zarif said the move was a “remedial step” taken within the framework of the nuclear deal and he said it could be reversed.

Image: European Commission President Ursula von der Leyen rings a bell to signal the start of an extraordinary meeting of the EU college of commissioners at EU headquarters in Brussels, Wednesday, Jan. 8, 2020. European Union foreign policy chief Josep Borrell is expected to brief the college on Wednesday regarding the current situation in Libya and Iran (AP Photo/Virginia Mayo)