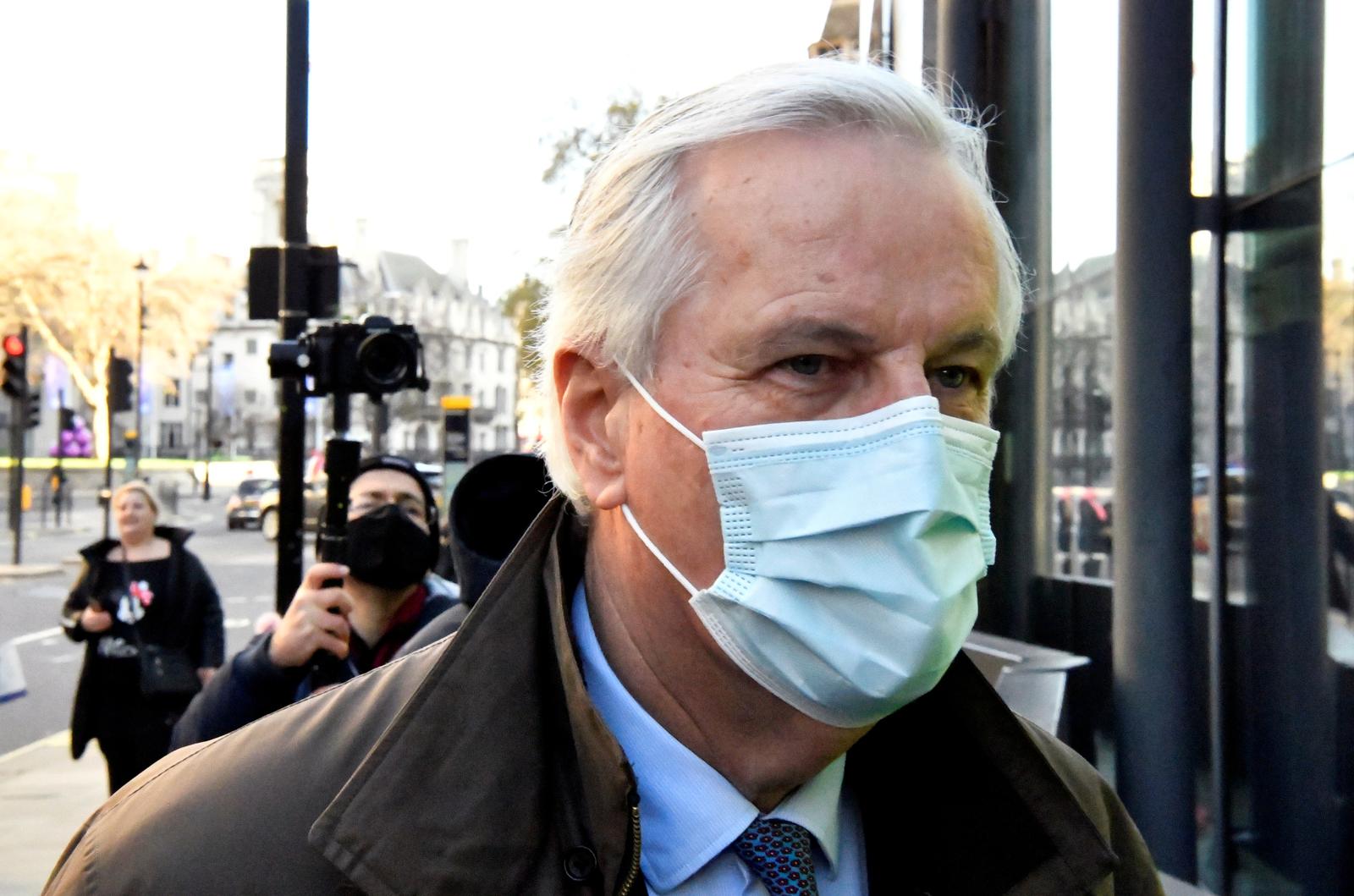 BRUSSELS (Reuters) – The European Union’s chief Brexit negotiator told member states’ envoys on Wednesday that negotiations on a trade deal with Britain were reaching “a make-or-break moment”, and they urged him not to be rushed into an unsatisfactory agreement.

“A deal still hangs in the balance,” said a senior EU diplomat who was at the briefing.

Britain formally left the EU on Jan. 31 but then entered a transition period under which EU laws apply until the end of this year to give citizens and businesses time to adapt.

A free-trade deal need to be in place by Jan. 1, when EU rules for the internal market and the EU Customs Union will cease to apply to Britain, but the chances of a damaging “no deal” grow as that deadline looms.

Another senior diplomat said several of the EU’s 27 member states would rather see negotiations continue past the end of the transition phase even if that means there is a brief “no deal” period.

“There is a worry that because of this pressure of time there is a temptation to rush,” the diplomat said after a briefing by negotiator Michel Barnier for the 27 member states’ envoys in Brussels. “We told him: don’t do that.”

Britain will not agree to extending the transition period with the European Union, a government official said on Wednesday, after a senior EU diplomat suggested member states might want trade talks to continue beyond Dec. 31.

Britain has repeatedly ruled out any extension to the talks into next year.

A third EU diplomat said that while intensive negotiations are continuing in London this week, it was still unclear whether negotiators could bridge the gaps on the three main sticking points.

“As we are entering the endgame of the Brexit negotiations, some member states are becoming a bit jittery,” the diplomat said after the ambassadors’ meeting with Barnier.

“So this was mostly an exercise to calm nerves in Paris and elsewhere and to reassure member states that team Barnier will continue to defend core EU interests including on fisheries.”

British bike maker pedals on, with Brexit deal up in the air

Brexit negotiations restart in person as clock ticks down