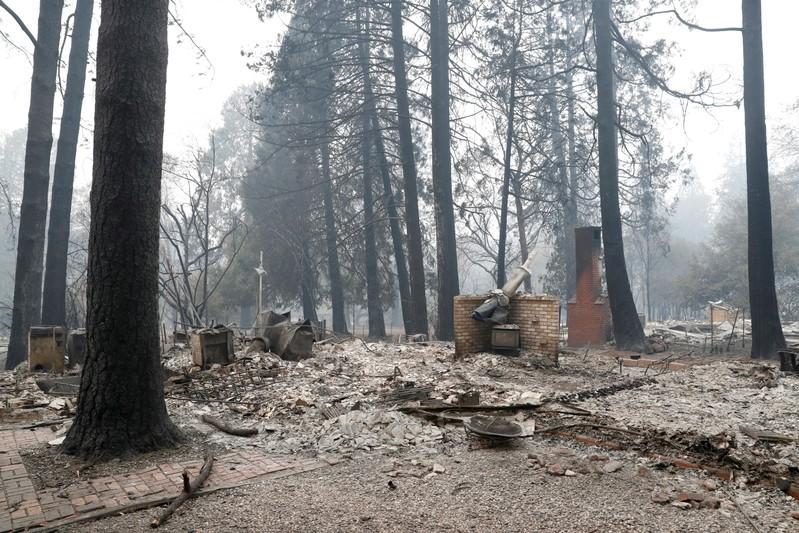 With a tweet blaming California’s wildfires on “gross mismanagement of the forests,” President Donald Trump dismissed the role of climate change in the worsening blazes across the US West – generating widespread derision in the Golden State.

Viewed on the surface as the latest shot by Republican Trump at a Democratic state that has repeatedly pushed against his administration’s policies, the tweet nevertheless shone a spotlight on California’s overgrown forests and their role in devastating fires.

“California’s forests are reaching a breaking point,” the Little Hoover Commission, an independent state oversight agency, wrote in a report earlier this year.

The report outlined recommendations such as increased prescribed burning and dedicating more money and jobs toward forest management — measures the state is already adopting.

Trump in the past has blamed environmental regulations for fires in California and promoted tree clearing to stop blazes. Last week, he took to Twitter again, saying, “There is no reason for these massive, deadly and costly forest fires in California except that forest management is so poor.”

The president was pilloried by firefighters and California Governor Jerry Brown, whose spokesman called Trump “uninformed.”

Nearly 60 percent of California’s 33 million acres of forests are under federal control, Trump’s critics said, noting the importance of climate change in causing more frequent and destructive fires. With a warming climate, rising temperatures and an increase in dry conditions in already-dry areas lead to a higher likelihood of drought.

California does not stand alone. The US Forest Service’s practice of fire suppression has been an issue across many Western states. Although the Forest Service had changed that practice in the 1970s, a massive fire in Yellowstone National Park in 1988 caused the practice of letting fires burn where possible to be scrolled back. In addition, various groups and researchers cite increased building of housing near forests that have resulted in the need to battle more blazes.

And not all wildfires are fueled by forests. The current Woolsey fire burning near Malibu in Southern California is being fueled by coastal chaparral.

Yet the Little Hoover Commission report found poor management policies for the last century have left forests vulnerable to fires.

“The costs of long neglecting and mismanaging forests have become an unsustainable burden in California,” the report said.

Before Europeans settled in California, Native American fire practices, including periodic low-intensity fires, helped renew forests and kept them from becoming too dense. Policies of aggressively fighting every fire, however, have resulted in the loss of that natural thinning.

In addition, federal and state restrictions on logging caused timber harvesting in California to decline more than 70 percent between the late 1980s and 2012, according to a US Forest Service report.

Trees in federal forests where timber harvesting is prohibited have high mortality rates from wildfire, and dying trees currently outpace new growth, according to a report by the California Air Resources Board (CARB).

“When John Muir arrived and discovered Yosemite we had about 40 trees to an acre. Today we have hundreds of trees to an acre,” said Rich Gordon, president of the California Forestry Association, an industry group. “We will be better off if we can get closer to the way our forests once were.”

CARB, which oversees the state’s aggressive climate change regulations, has estimated that 15 million acres, or nearly half of the state’s forestlands, were in need of restoration. If left to languish, the forests could become a source of overall greenhouse gas emissions by burning rather than a means to draw carbon from the atmosphere, CARB said.

Between 2010 and 2017, drought and bark beetle infestation contributed to the death of 129 million trees in the Sierra Nevada, increasing the risks of wildfires in the region, according to the US Forest Service.

Recently, California has pushed for changes to the way its forests are managed, including performing more prescribed burns and advocating for harvesting timber from its forests for wood products or energy production. The US Congress acted this year, too, creating a disaster fund to fight fires and stop diverting funds away from much-needed forest management.

Earlier this year California’s Brown doubled the amount of land open to vegetation thinning, to 500,000 acres from 250,000 acres, and streamlined permits for landowners to clear trees.

A new law also allocated $200 million a year for forest health and fuel reduction projects as well as a scrutiny of California’s 1970s-era logging laws.

More commercial harvesting could help pay for the hefty cost of clearing dry fuel, Oregon State Professor John Bailey said, though it would just be one part of a range of solutions.

“We can’t just log our way out of this,” Bailey said.