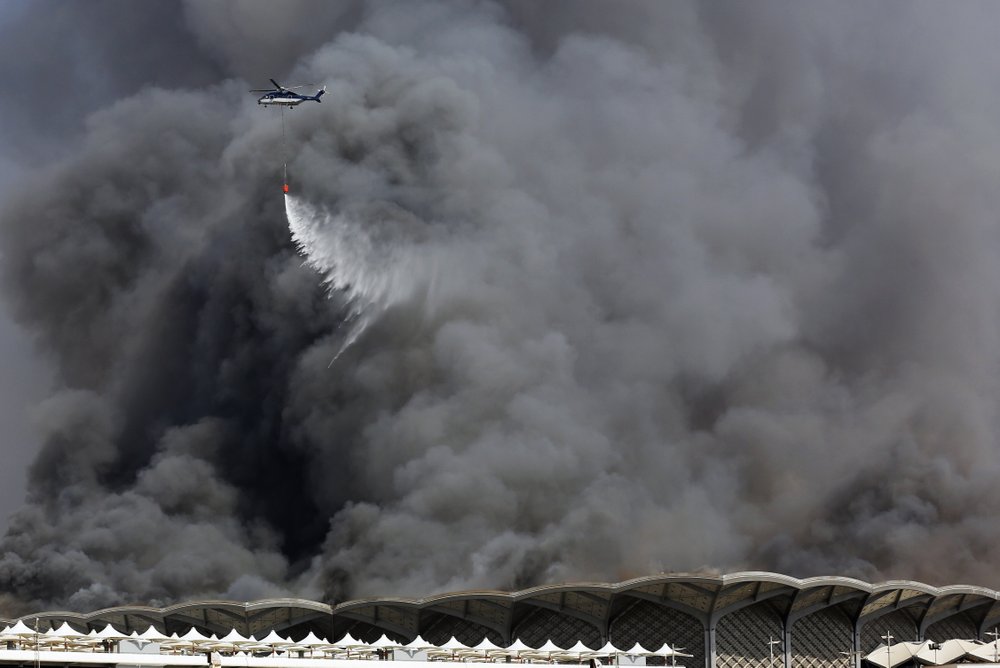 JEDDAH, Saudi Arabia (AP) — A fire broke out Sunday at a train station in the Saudi city of Jeddah, with local media saying five people had been injured.

Thick black smoke could be seen Sunday afternoon in the sky over Jeddah, a city on the Red Sea. The fire struck a train station on the line that connects the holy Muslim cities of Mecca and Medina.

Saudi state TV reported five people had been injured and were taken to local hospitals.

Authorities in Jeddah acknowledged fighting the fire and said they would release more details later. Firefighters could be seen battling the blaze and spraying water on the flames, including using a water-dropping helicopter.

Photo: A firefighting helicopter sprays water on a fire at a train station, in Jeddah, Saudi Arabia, Sunday, Sept. 29, 2019. The fire broke out on the line that connects the holy Muslim cities of Mecca and Medina. Police said there were no injuries in the blaze. (AP Photo/Amr Nabil)

Fires ignite on 2 motorboats in Hurghada

EMA: Egypt's climate will be impacted by the Amazon forest fires