The inauguration of the first electricity station named Invetity in the Aswan-based Benben solar plant complex will take place Tuesday, aimed to produce 50 megawatts of electricity.

This is the first stage towards creating what is aimed to be the largest solar park in the world. Minister of Electricity and Renewable Energy Mohamed Shaker told the press that the solar plant is a strategic project that aims to provide 20 percent of Egypt’s renewable energy by 2022, reaching 37.5 percent by 2035.

He added that despite the difficulties the project faced in the beginning, especially securing external funding, the project is now on track and aims to produce 1,600 megawatts of electricity through 32 solar stations.

Shaker also said that Egypt could reach 90 gigawatts of electricity production by 2035, making up 37 percent of Egypt’s energy needs. This will occur through a combination of renewable sources, petroleum and other sources of energy such as nuclear, coal and gas. He added that in a period when renewable energy becomes increasingly cheaper, the prices will be cheaper to achieve competition. He said that the electricity sector has to renew its strategy every three years to incorporate new renewable energy sources into its plans.

Finally, Mohamed Al-Kayat, executive president of Egypt’s renewable energy committee, said that Benben includes 32 stations, and that all the contracting companies are already working on their different stations and bringing in the equipment they need to get them running. He added that the construction of the remaining station will begin in the middle of this year. Upon completion, Benben will produce 1,600 megawatts of energy surpassing the current largest solar stations in the world.

The Benben complex aims to include 32 solar plants on a 37.2 square kilometer area and will churn out 1,650 megawatts of electricity, according to the World Bank’s International Finance Corporation (IFC).

The Benben is one of the largest national projects currently underway in Egypt, according to experts. “The potential is endless,” Lamya Youssef, head of private sector power at the state-run Egyptian Electricity Transmission Company, told the IFC website. “Because of the enormous increase in [Egypt’s] population, we need large investments in infrastructure, which the government cannot afford on its own. That’s why we need private sector investments,” she went on.

“Egypt’s reforms in its energy sector opened the door to private sector investments,” said Philippe Le Houérou, the CEO of IFC in a press release. “For the Benban Solar Park project, those reforms and our innovative financial tools have helped attract a number of investors and financiers into the country for the first time. This will create jobs for many Egyptians and provide clean and reliable energy for people across the country.”

Depending mainly on investments, the total cost of the project is expected to range between US$3.5 billion and US$4 billion, according to a report by the NREA. The area will host 41 separate but contiguous spots in which each investor will create their individual project. These spots will be connected through a high-voltage network through four new substantiations. These substations will, in turn, be connected to an existing 220 kW line, which passes nearby the Benban site at a distance of approximately 12 km.

At a later stage, EETC may also construct an additional connection to the neighboring 500 kW line. EETC will construct the high voltage connections while NREA has prepared roads, according to Sibel Nicholson, an experienced finance and engineering journalist.

As for financing, the Multilateral Investment and Guarantee Agency (MIGA), an organization within the World Bank Group, is pitching US$210 million as political risk insurance for private investors to encourage them to put their money in the project, especially with Egypt’s potential political instability.

The IFC and a consortium of nine international banks will finance thirteen out of a total of nineteen solar plants. The nine banks are Africa Development Bank, Asian Infrastructure Investment Bank, Arab Bank of Bahrain, CDC of the United Kingdom, Europe Arab Bank, Finance in Motion, FinnFund, ICBC and OeEB of Austria, according to Forbes Middle East.

Egypt has been making an effort to develop its clean energy production capacity in recent years. Aside from a host of announcements from officials, Bloomberg’s Climatescope 2017 annual report said that Egypt’s ranking jumped 23 places, becoming number 19 out of 71 countries assessed for the progress they have made towards clean energy. This made Egypt the second fastest country to progress in the clean energy sector since last year.

In October 2017, the IFC said it had completed a US$653 million debt package to finance the building of 13 solar power plants in Egypt, expected to generate 590 megawatts. A month later, EBRD said that it is financing 16 new solar power plants with a capacity of 750 megawatts, making it the single largest investor in renewable energy in the country. 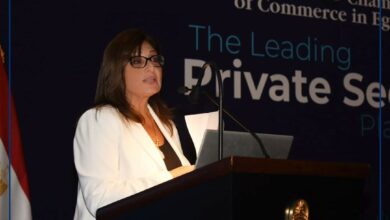