Donald Duck is about to lose his temper. After following Tintin around downtown Cairo all afternoon, he’s now convinced that they are, despite the young Belgian’s claims, hopelessly lost. To make matters worse, Tintin seems more occupied with fixing the clock overlooking Talaat Harb Square than in reaching their next destination. As the intrepid reporter swings from the arms of the timepiece, cheering enthusiastically, Donald Duck looks up at him and mutters angrily, “What are you, an idiot?”

Although it may sound like one, the episode described above is neither a dream, nor a drug-fuelled hallucination. Rather, it is one of the many entertaining events featured in a nine-issue comic book created by Spanish artist Francesc Ruiz as part of his exhibition,The Paper Trail, currently on display at Cairo’s Contemporary Image Collective.

Ruiz’s exhibition is divided between two separate pieces, the second of which takes the form of the aforementioned comic series. To get to that, though, one would first have to explore the stack of newspapers constituting the other half or Ruiz’s exhibition. Displayed in an otherwise bare room at CIC is Ruiz’s recreation of a typical Cairo ‘newsstand’—in which newspapers and publications are stacked in piles and laid out on the sidewalk, with stones placed atop of each pile as anchors against the wind. The effect of seeing such an accurate recreation in an atypical setting is strangely disorienting, but there’s more to Ruiz’s literary sculpture than immediately meets the eye. A closer inspection reveals that while every national newspaper—and tabloid—is present, their front pages have all been slightly altered. The result is, to say the least, extremely interesting and endlessly engaging.

“The idea was to create a dialogue within the community of stones,” Ruiz explains. “A metaphysical conversation of sorts, about the city and its people.” To create this dialogue, Ruiz set out to collect all 64 news publications available in Cairo—ranging from the familiar names such as Al-Ahram and Al-Masry Al-Youm, to the more obscure Made in China and Al-Avocato. Ruiz then scanned the covers and reprinted them on similarly low-quality paper, with a few additions of his own. In the finished product, images of the stones are superimposed over the front pages, and printed along with the text, ultimately becoming part of the newspapers themselves. A series of speech bubbles—also superimposed over the text—give voice to the stones, with a variety of questions, statements, exclamations, and sarcastic remarks relating to the headlines, or, in some cases, the surrounding environment.

“I love the smell of an exhaust!” exclaims a large rock, partially covering Al-Ahram’s iconic logo, while Al-Akhbar’s paperweight laments its past life as a decorative piece at the bottom of an aquarium. A stone printed over the cover of a sports publication reminds the audience that “not everyone likes football,” while one stone, centered among the scantily clad women populating the front page of a cheap tabloid teases, “stones have a secret life, too.” Across the newsstand, an opposition paper’s anchor complains “anything I say will be misunderstood,” while the stone weighing down a stack of French language Le Progrès Egyptien’s naively asks, “Does anyone here understand German?”

This newsstand recreation—appropriately titled Newsstand—is not the first time Ruiz has indulged his fascination with the subject. In 2006, Ruiz unveiled his first newsstand recreation in his native Spain, followed by a Philadelphia version earlier this year. “Newsstands represent their own little society,” the artist explains enthusiastically. “All these vividly colored magazine covers with faces printed on them, stacked and lined up next to each other. All these eyes peering out at you from the top of other magazines placed in front of them. They all represent different aspects of society.”

“To me, the architecture of newsstands is very unique. They are objects that, until the internet became what it is today, were used as an easy way to directly access information of all sorts—news, sports, entertainment, even sex. Now, everything has moved to the internet. Newsstands are disappearing in countries like the States.”

In Egypt, however, newsstands are still as ubiquitous as ever, and Ruiz’s recreation of a typical Cairo spread is a far cry from the vertical mosaics of his previous efforts. As the artist points out, “Every country has its own style or variation of newsstands.” For Ruiz, the typical Egyptian sidewalk display struck him as being something particularly “Special. It suits the design of the actual publications, and the stones are an essential part of that whole architecture.” This last thought is especially well-reflected in Ruiz’s model, as, besides the scanned and superimposed rocks, the artist constructed a variety of his own by crumpling up pages of newspapers and coloring them in charcoal shades of black and grey.

“For me, it’s important to have my work connected to the place where it is being exhibited, to allow it to form a deeper relationship with the audience,” Ruiz says, before pointing out the main obstacle he had to overcome. “Of course, it’s difficult when you don’t speak the language.” Luckily, Ruiz was able to rely on a friend who took up the grueling task of reading aloud the front pages of 64 publications and providing the foreign artist with background information on the news reports and current topics that intrigued him. “I had a good connection with my translator, who’s also an artist and a friend. He understood what I wanted and what I was trying to say. He knew that I wanted to capture the essence of ‘street talk’ and he helped me out with that. It wasn’t just hired work.”

“I like working with another language,” Ruiz says. “I like the challenges. It’s true, when you translate you inevitably lose something, but sometimes, because of the inconsistencies, you end up creating a new language altogether.”

At the far end of the room where Ruiz’s newsstand is displayed, a dull green light glows from a rectangular hole in the wall. A glance through this window reveals what appears to be an illustrator’s work space, with sheets of paneled comic pages, and a variety of drawing tools littering the desktop. This closed-off area, referred to as the Distribution Room, serves as a segue into Ruiz’s second work, The Paper Trail—a nine-issued comic adventure featuring Donald Duck and Tintin, along with two well-known Egyptian characters, Samir, a perpetually curious, curly-haired child, and the Crushed Citizen, a skeletal, downtrodden government employee, always on the verge of starving to death.

The mini-series follows the unlikely team’s trek through downtown Cairo as they attempt to piece together the history of comic books in Egypt. The green-hued panels are definitely interesting to look at, especially as their backgrounds consist of real life photographs of downtown locations that are integral to the storyline and continuity—readers must use the clues in the pictures to figure out the character’s path, and follow it in order to find the next issue. The first issue is available at CIC. The rest, though, are scattered across a variety of downtown newsstands, bookstores, and libraries.

“I don’t consider myself a comic book artist,” Ruiz reveals. “But I have always been interested in comics, especially in how architecture is reflected in the paneling, and page layout.”  Ruiz also argues that comics are the ideal medium for depicting the “movement and rhythm of city life.”

Ruiz chose the characters in his comic based on their own unique histories, and what they might mean to an Egyptian readership. Tintin represents the colonial past, while Donald Duck symbolizes American influence in the medium. Samir and the Crushed Citizen, meanwhile, personify different ends of the Egyptian comic timeline, and simultaneously, wildly different eras—the energetic and optimistic Samir made his first appearance two years after the revolution of 1952, while the oppressed and demoralized Crushed Citizen became the icon of a more contemporary age, an accurate embodiment of the current zeitgeist. “I read massive amounts of Egyptian comics, everything I could find,” says Ruiz. “From Pocket Mickey to Flash and much more. In the end, I chose those Samir and the Crushed Citizen because of exactly what they represent in terms of modern Egyptian history, and how they reflected society then and now.”

Ruiz was also interested in the general decline of the popularity of comic books, a concern shared by the characters in his mini-series. “It seems that people in general just aren’t that interested anymore,” he sighs. “I look at older issues of Samir and compare them to the ones published now, and the [newer] storylines are just…” Ruiz pauses, searching for the right word, before finally settling on “dull.”

“Dull”, however, does not apply when describing Ruiz’s interactive comic amalgamation. With a storyline that takes the characters, and readers, across downtown in search of a missing literary history, Ruiz hopes that audiences will respond to his work, and embark on the challenge laid out for them. Early signs are promising—already one of the comic’s distribution points has run out of copies.

Ruiz’s work is both highly original and engaging, and would be a shame to miss. The Paper Trail is one definitely worth following. 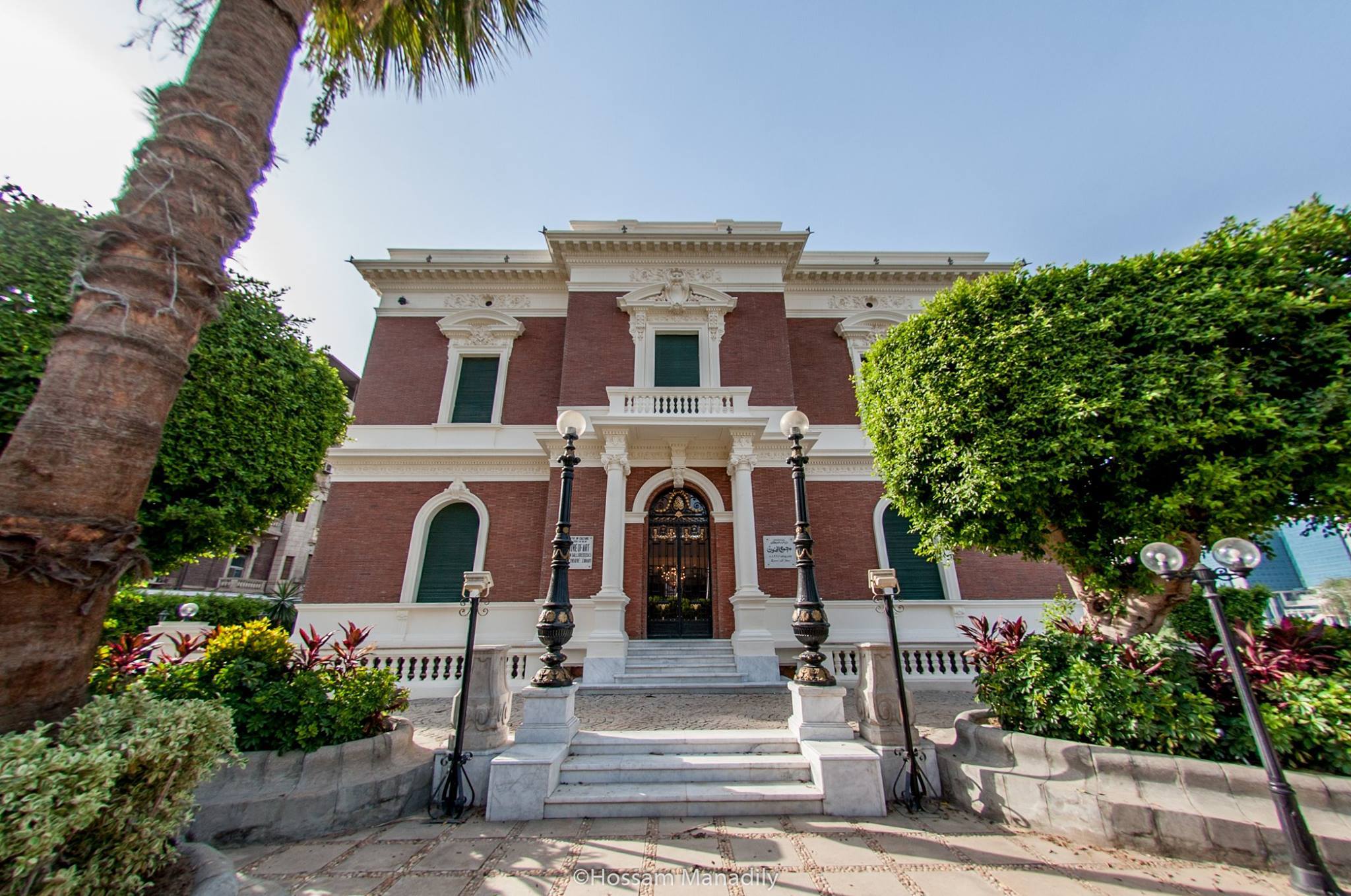 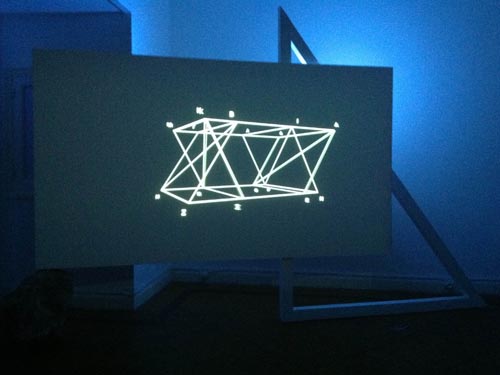 ‘The Magic of the State’: An ambitious and relevant art show in Cairo

‘Autostrade’ invites readers to buy, read, and vote for their favorite comics