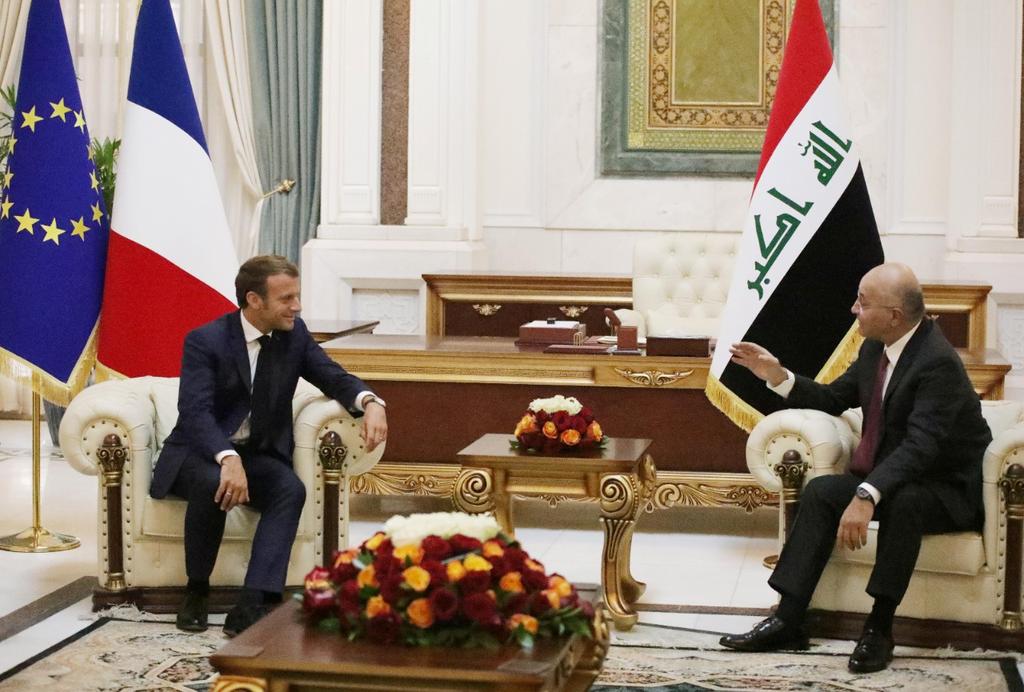 BAGHDAD (Reuters) – French President Emmanuel Macron pledged support for Iraq on Wednesday and said the main challenges facing the country are Islamic State militants and foreign interference in its affairs.

“We are here for, and we will continue to support, Iraq,” Macron said at a news conference in Baghdad with his Iraqi counterpart Barham Salih.

Iraq should not become a battleground for proxy conflicts between other states, Salih said. Iraq faces the challenge of balancing the interests of the United States and Iran, both key allies.

“Iraq is a sovereign state that wants balanced relations with all its neighbors,” said Salih.

“We do not want Iraq to be a battleground for the conflicts of others, we want others to participate in achieving stability in Iraq and respecting its sovereignty.”

Macron’s visit is the first by a Western leader to Iraq since Prime Minister Mustafa al-Kadhimi took office in May, becoming the third head of government in a chaotic 10-week period that followed months of deadly protests in a country exhausted by sanctions, war, corruption and economic challenges.

Kadhimi was selected by parliament in May to head a government that would guide the country towards early elections and has called for one to be held in June 2021.

French officials have said Paris is concerned by a resurgence in Iraq of Islamic State, which is profiting from political uncertainty and rivalries between Iran and the United States.

Islamic State, which once occupied a third of Iraq’s territory, has been largely defeated there but continues to carry out ambushes, assassinations and bombings.

“The war against Islamic State isn’t finished … we will continue to act alongside you in the framework of the anti-Islamic Sate coalition,” said Macron.

“The second challenge is the one of the multiple foreign interferences that have been going on for several years.”