Khaled Saeed, Sayed Belal, Essam Ali Atta, Saad Saeed, Al-Husseini Abu Deif and Mohamed al-Gendy: For many Egyptians, these are the names of martyrs, tortured and killed in a struggle for dignity and social justice.

These young men were activists protesting against an oppressive government. Exactly how each of them died, however, remains shrouded by official prevarications and criminal ambiguity.

Authorities say Khaled Saeed swallowed a bag of marijuana to avoid being caught possessing narcotics by police. According to official accounts, he died of asphyxiation.
Others, however, contend police beat him to death.

Saeed’s death is widely considered to have been a trigger for the 18-day uprising, jolting a dormant middle class into action, for even the well-to-do were clearly not safe from the oppressive hands of President Hosni Mubarak’s security apparatus.

The widely accepted version of events presents Saaed as a victim of police abuse. Photos of Saeed’s dead body, widely circulated in the media, show his skull brutally crushed. The police, according to eyewitness accounts, were the perpetrators.

Amid this confusion emerges the role of the Forensic Medicine Authority, whose task is to uncover the details of criminal incidents. The FMA is one of the Justice Ministry’s 22 branches and one of three bodies responsible for assisting judicial authorities in Egypt.

The 83-year-old authority has also been the focus of relentless criticism for its reports on torture claims, notably after the growing political role of Egypt’s security apparatuses in the late 1990s and early 2000s.

Rights lawyers argue that most of the FMA’s reports are invariably biased in the Interior Ministry’s favor. Deaths resulting from torture at the hands of the police were habitually attributed to natural causes such as a drop in blood circulation or a severe medical condition, thereby exonerating the ministry.

Following the popular uprising, Ihsan Gorgy was appointed to the post of chief medical examiner, succeeding Ahmed al-Sebaie, who had produced the report saying Saeed’s death was not the result of torture.

Gorgy’s mandate coincided with violent incidents that broke out across the country and led to the killing of hundreds of people during the rule of the Supreme Council of the Armed Forces between February 2011 and June 2012. The victims fell in clashes with the police and army.

Forensic reports in most cases said the deaths were caused by live fire, much to the chagrin of the army generals, who reiterated that security forces were not using live ammunition to break up protests.

Even though Gorgy remains in place, activists are skeptical of the integrity of the authority’s reports, which they say are once again becoming politically influenced.

Tainted by a political agenda?

Since President Mohamed Morsy’s election in June, violence has not ceased. In fact, rights groups say, violence is on the rise.

In December, Abu Deif, a photojournalist for private newspaper Al-Fagr, was killed while covering the Ettehadiya Presidential Palace clashes between pro- and anti-Morsy protesters.

Political activist Mohamed al-Gendy, a member of the leftist Popular Current movement, was abducted on 28 January near the palace during a protest commemorating 2011’s Friday of Anger.

His dead body was found days later at a Cairo hospital.

The families of the victims and their lawyers, along with political activists and rights groups, stress that conclusions reached by forensic reports about the two hide systematic torture.

Gendy was killed after colliding with a solid body — possibly a car, according to the examiner. And in its latest report, issued last week, the authority said Abu Deif died of a brain hemorrhage caused by a bullet to the head. The victim’s family and colleagues are skeptical.

Rasha Azab, Abu Deif’s colleague at Al-Fagr, says, “The report was issued some 70 days after his death when the authority normally issues its reports within one week of an incident. What’s more, the report is not detailed. It fails to mention the type of ammunition used, even though this lies at the heart of the dispute between lawyers and the authorities.”

Azab says it’s clear the report is politicized because it did not officially state who killed Abu Deif.

“But Egyptian public opinion knows the killers are members from the Muslim Brotherhood who set out to attack Morsy’s opponents with bladed weapons and rifles,” says Azab. “There were no policemen at the scene.”

Regarding Gendy’s death, the forensic medical report stated that the 28-year-old activist had 10 marks on his body, two of which could have been caused by a collision with solid body, such as a car. The causes of the remaining eight marks were not clear, the report said.

Mohamed Mounib, the Gendy family’s lawyer and a senior member of the nationalist Karama Party, rejects the FMA’s results.

“There are clear torture marks on Gendy’s body. The report said he may have bumped into a solid body which could be a car. But then that solid body could be a wall or an iron bar. Also, we solicited the help of forensic medicine experts and they said his body had torture marks,” says Mounib.

One of the eyewitnesses in the case said Gendy died due to torture at the hands of a group belonging to the Brotherhood at a camp for Central Security Forces in the capital’s Al-Gabal al-Ahmar. The witness — now an ex-Brotherhood member — said he received a phone call from fellow Brotherhood members who asked him to help in eliciting confessions from about 50 people, of whom Gendy was one.

“In the case of Gendy,” Gorgy explains, “the law states that I cannot say in my report that the victim was tortured unless there is a torture charge brought against a security official in the case. This is not the case here. If there are any marks on Gendy’s body that may have been caused by torture, they will be attributed to an assault on the road for example.”

Gorgy adds that in Abu Deif’s case he asked the prosecution three times for material evidence such as the case memorandum, the victim’s medical chart, his clothes and reports on the examination of the body.

The medical examiner said the law gives him the right to contact the prosecution only once every 15 days. If there is no response on its part, then he writes a report based solely on the examination of the dead body. This, he says, is why the report was delayed.

Activists have also looked warily at reports on incidents that concern national security. In August 2011, assailants killed 16 Armed Forces members at the border with Israel.

Thus far, the assailants’ identities have not been determined and the FMA has yet to issue a report on the incident. All the while, suspicions abound that the assailants belonged to armed groups affiliated with Gaza rulers Hamas, the Brotherhood’s branch in Palestine.

The apparent indifference of Morsy’s government to the death of Egyptian troops has not gone unnoticed. A medical source told independent daily Al-Shorouk that the

Military Prosecution has more than once asked the FMA to analyze the perpetrators’ DNA, but the FMA has responded by saying DNA analysis in this case is difficult.
Gorgy stresses that missing documents such as DNA records of possible family members and relatives are essential to DNA profiling. Initial investigations have suggested that the assailants were not Egyptian, and so Egyptian authorities would not be able to determine their identities unless the home countries of the assailants provide official documents.

“We asked the Public Prosecution to obtain this data, but so far we have not received anything. But there are some indicators that could help with the identification. For instance, [an] attacker’s shoes had ‘Made in Palestine’ imprinted on them,” Gorgy says.

Meanwhile, Sameh Seif al-Yazal, a security expert and former intelligence officer, says the issue is in the hands of the president’s office.

Limitations and a stifled self-autonomy

As is the case with the country’s state institutions, the lack of budgetary independence and a legal separation from the executive branch has meant that too often the president’s office can bend legal matters to its political will.

With respect to the FMA, Adel Ramadan, a lawyer with the Egyptian Initiative for Personal Rights, believes the chief problem lies with how the authority functions.

“If you have a politicized Public Prosecution led by someone who has Brotherhood affiliations, then the forensic report will be biased,” Ramadan asserts.
Gorgy, however, rejects accusations that his reports are politicized.

“I reject these accusations,” Gorgy tells Egypt Independent. “At the end of the day, the authority is not an investigative body. We work in accordance with the judicial system, which has given the Public Prosecution the right to direct our examinations according to their line of enquiry. If we do not have sufficient information, the authority becomes unable to carry out its role in the best way.”

Ramadan believes there are many factors that undermine the authority’s independence and while Gorgy was neutral under military rule, the rise of the Brotherhood has seen the examiner’s reports become heavily politicized.

“The [FMA’s] poor technical capacities and the fact that it does not operate independently of the state’s executive authority cast suspicions on the reports its produces.

The Public Prosecution determines how the authority works and the authority does not write up its reports alone. Additionally, it is the Justice Ministry that control’s the authority’s budget,” he says.

The appointment of Prosecutor General Talaat Abdallah, who has close ties with the Brotherhood, and Justice Minister Ahmed Mekky, who is seen as a Brotherhood sympathizer, have led to an increasingly politicized FMA, Ramadan argues.

“The Public Prosecution, which disentangles the threads of a crime or criminal incident according to the law, is not impartial because Abdallah is at the helm,” says Ramadan.

He adds that former Prosecutor General Abdel Meguid Mahmoud was not subject to direct pressure from SCAF, so the authority’s reports were “neutral.”

“Also, promotions and administrative changes are in the hands of the Justice Ministry,” he says.

In late 2011, leaders within the authority pushed for new legislation to grant the authority independence. With the ratification of the new Constitution last year, Article 182 grants “technical independence” to FMA members — a rather ambiguous stipulation that fails to pull the FMA out from under the Justice Ministry’s mandate.

Gorgy believes that only “new legislation that guarantees the independence of the authority can allay tensions.

“At the moment, our budget is in the hands of the Justice Ministry, and the prosecution controls our work,” he says.

This article was translated from Arabic by Dina Zafer.

Have police learned any lessons from January 25 Revolution?

Father, wife detained for torturing and chaining up 8-year-old son 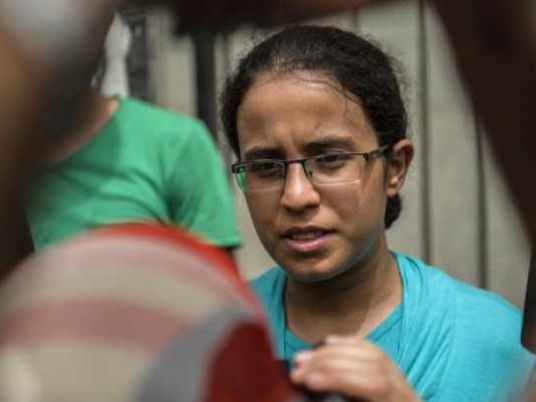