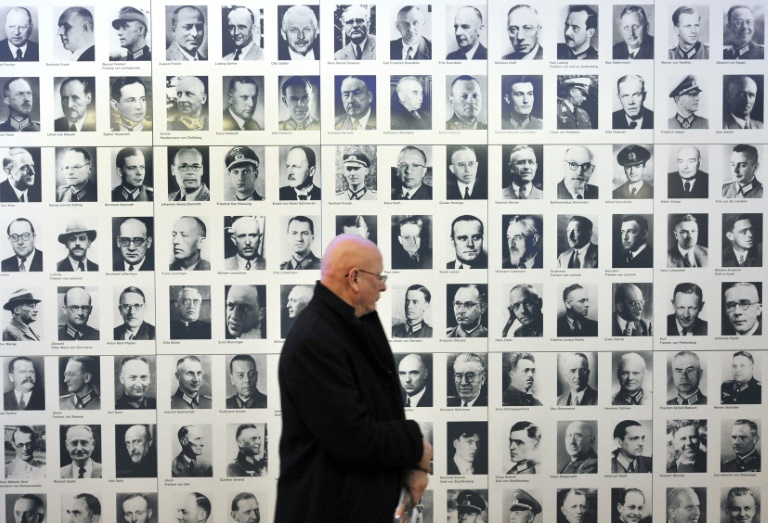 Germany paid tribute Saturday to Claus von Stauffenberg and others who sought to assassinate Adolf Hitler 75 years ago, a plot that was recognized only belatedly but which a resurgent far-right is now seeking to expropriate.

In the attempt on July 20, 1944, Stauffenberg and other high-ranking conspirators within the Nazi regime sought to kill Hitler at his Wolf’s Lair headquarters.

The plot was to seize control of the regime and make peace with Western allies to end World War II. But Hitler survived the bombing and Stauffenberg and other key figures in Operation Valkyrie were executed the same night.

Chancellor Angela Merkel underlined the importance of remembering this anniversary, at a time when far-right forces are once again gaining ground with their nationalist line.

“This day is a reminder to us, not only of those who acted on July 20, but also of everyone who stood up against Nazi rule,” she said in her weekly podcast.

“We are likewise obliged today to oppose all tendencies that seek to destroy democracy. That includes right-wing extremism.”

Stauffenberg and his Operation Valkyrie was brought to the big screen in 2008 when Tom Cruise played the former count as a hero who led an act of resistance against Hitler and his deadly regime.

But at home, the verdict on Stauffenberg is more mixed, with some critics branding him a committed Nazi who only changed sides when it was clear that Hitler was going to lose the war.

In the aftermath of World War II, some in then West Germany — where former Nazis had assumed key positions in the new democratic country — also viewed him as a traitor.

Kurt Salterberg, a soldier at Wolf’s Lair when the attempt took place, recalled that “the troops’ condemnation of Stauffenberg was unanimous” then.

“We thought he was a coward who didn’t use a pistol but a bomb so that he could get out unscathed,” Salterberg told the Frankfurter Allgemeine Zeitung in an interview.

In fact, hundreds of resistance fighters who were executed over their involvement in the plot were also only given due recognition in 2009, when their murders were finally branded an injustice by the court, said Johannes Tuchel, who heads the German Resistance Memorial, in a commentary for TAZ daily.

With the lingering ambiguity on Stauffenberg’s legacy, far-right forces, including the AfD party whose leader has downplayed the Nazi era as a “speck of birdpoo”, have claimed to be the inheritors of the heroic act.

The anti-immigrant Alternative for Germany, which is now the biggest opposition party in parliament, has repeatedly used the word “resistance” to characterize its battle against mainstream parties today.

“The calculation of the new right, the AfD and the(far-right movement) Identitarians is clear: to portray themselves as victims of the ‘chancellor-dictator’, to see a ‘dictatorship’ in a free country, and to gain legitimacy for their own political activities by making the reference to political activities,” said Tuchel.

That is “historically wrong and inappropriate. Resistance against Nazism stands for freedom, rule of law and tolerance,” he added.

The granddaughter of Stauffenberg himself, Sophie von Bechtolsheim, has also said it was “indecent” for a party to claim to be the rightful heirs of his legacy.

More than seven decades on, Salterberg too sounded the same warning against the right-wing extremists.

“The youth of today must not be led astray by political demagogues, and must show civil courage. That’s why remembrance of the conspirators is important.

“Stauffenberg was seen then as a traitor, but today I know that he sacrificed his life for Germany and a better world.”

Image: AFP/File / John MACDOUGALL A wall featuring portraits of officers and other officials involved in the plot to assassinate Adolf Hitler in 1944 at the German Resistance Memorial Centre in Berlin