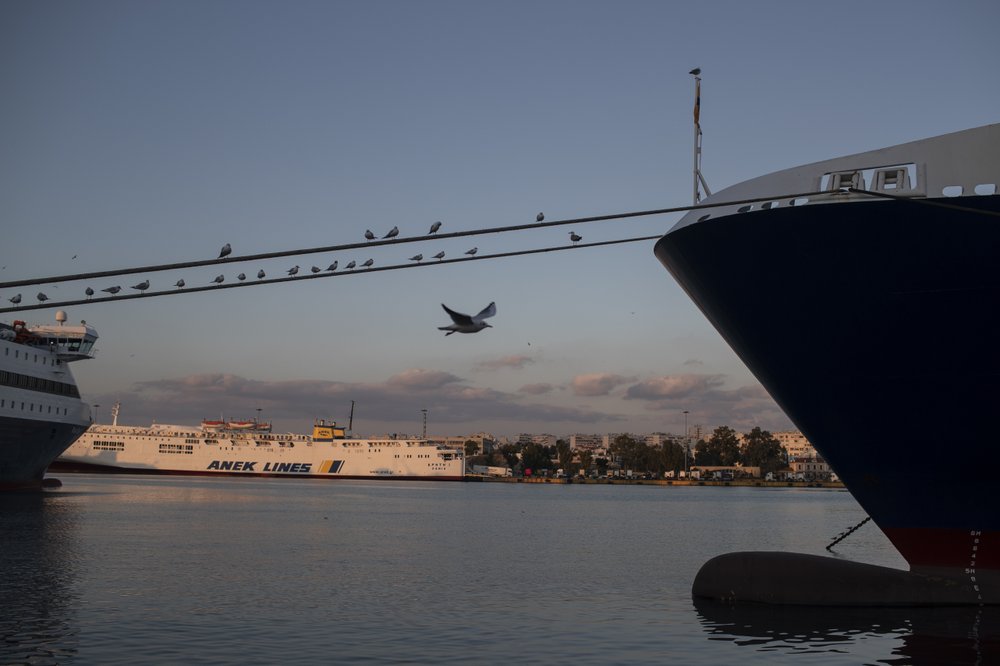 ATHENS, Greece (AP) — Civil servants in Greece have walked off the job in a 24-hour strike expected to disrupt public transport and services, on a variety of demands, including better workplace protections against the coronavirus.

Ferries to the islands were halted and the Athens metro system and tram were shut for Thursday’s strike, although buses continued to run in the capital. Flights that had been canceled or rescheduled were reinstated, however, as air traffic controllers called off their strike after a court ruled their participation illegal.

Greek journalists were also participating with a two-hour work stoppage between 11 am and 1 pm, during which no news broadcasts were being aired.

About 400 people gathered in central Athens for a protest march, defying a ban on gatherings imposed as part of measures to curb the spread of the coronavirus. A nationwide lockdown is in effect until the end of the month, although the restrictions are expected to be extended into December.

About 150 striking workers also gathered briefly for a protest rally in the northern city of Thessaloniki.

Civil servants’ unions called the strike on a variety of demands, including the increase of coronavirus-related protective measures in workplaces and in schools, mass hirings in the public transport and health sectors, and salary increases for civil servants.

Public transport workers are also calling for workers to be allowed to undergo tests for COVID-19 at their companies’ expense.

Greece has seen a significant surge in coronavirus cases and deaths that is straining the country’s health system.

Although the government has carried out mass hirings of medical workers since the pandemic struck and has more than doubled the number of intensive care unit beds in the country since mid-2019, many ICUs, particularly in northern Greece where the outbreak has been most severe, are at or near their capacity. Health authorities have appropriated two private clinics in the northern city of Thessaloniki and their staff, to be used for coronavirus patients.

Greece currently has more than 97,000 confirmed coronavirus cases and just over 1,900 deaths in this country of 11 million. Nearly 600 people are intubated in ICUs nationwide, according to figures released Wednesday evening.

A seagull flies as other stand on the rope of a docked ferry at the port of Piraeus, near Athens during a 24-hour strike on Thursday, Nov. 26, 2020. Ferries to the islands were halted and the Athens metro system and tram were shut for Thursday’s strike, although buses continued to run in the capital. (AP Photo/Petros Giannakouris)