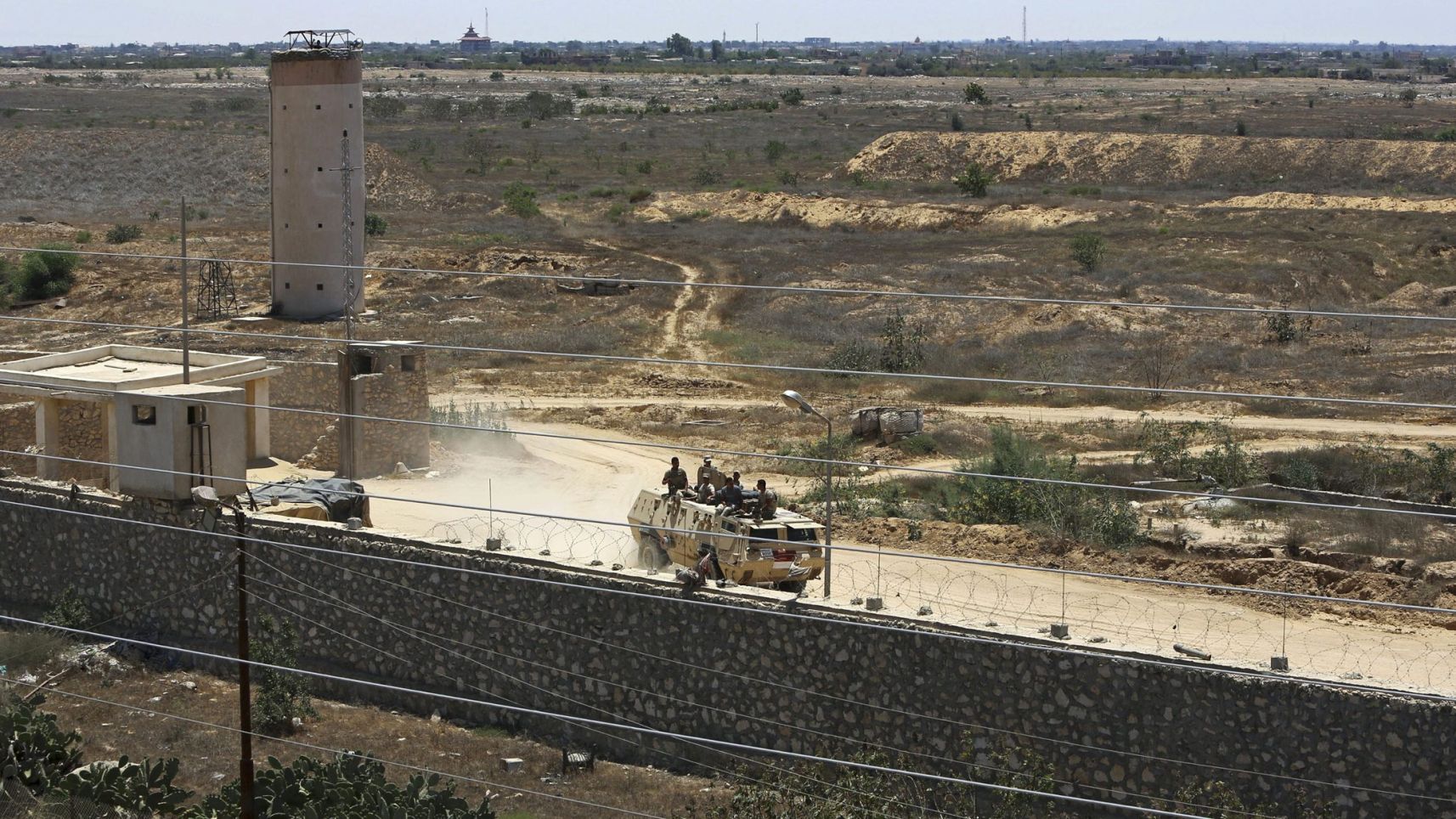 The Hamas militant group ruling Gaza says one of its fighters was killed by a suicide bomber on Thursday while trying to stop the attacker from crossing into Egypt.

It marked the first time that Hamas, which has carried out scores of suicide attacks over the years targeting Israelis, was itself targeted in such an assault. The Hamas-run Interior Ministry said five other Hamas security forces and an accomplice to the bomber were wounded.

The ministry described the assailant and his colleague as “ideologically deviant,” a term Hamas uses to describe members of the Islamic State group and other extremists. There was no immediate claim of responsibility for the attack.

Hamas has sought to secure Gaza’s borders in order to improve relations with neighboring Egypt, which is battling an Islamic State affiliate in the Sinai Peninsula bordering Gaza. Hamas has largely observed a truce with Israel since the 2014 Gaza war.

The Hamas fighter who was killed had been tasked with preventing Palestinians from sneaking into Israel or Egypt. He was also a member of the group’s armed wing, which in his obituary vowed to “fight the alien deviant ideology without concession.” After the attack, Hamas forces set up dozens of checkpoints in the area and began searching cars.

The family of the attacker issued a statement condemning what he did, offering condolences to the security officer’s family and refusing to hold mourning observances.

Hamas wrested control of Gaza from forces loyal to Western-backed Palestinian President Mahmoud Abbas in 2007, confining his forces to parts of the West Bank. Hamas has since clashed repeatedly with more radical groups, which have carried out their own attacks against Israel in part to undermine Hamas.

Egypt and Israel imposed a blockade on Gaza after the Hamas takeover that has crippled the local economy. In recent years, Egypt has cracked down on the once-vibrant tunnel trade along the border.

Hamas has denied Egyptian accusations that it supports Sinai militants, and in June it began building a 13-kilometer-long (eight-mile) buffer zone along the border. It also beefed up border security in coordination with Egyptian authorities.

On Thursday, Egypt opened the Rafah border crossing, Gaza’s main outlet to the outside world, for a fourth day to allow the departure of Muslims embarking on the hajj pilgrimage to Mecca and Medina, in Saudi Arabia. For the first time since March, the crossing was also open for humanitarian cases.

As part of new arrangements between Hamas and Egypt, facilitated by former Gaza strongman Mohammed Dahlan, the Rafah crossing point is expected to operate on a more regular basis next month.