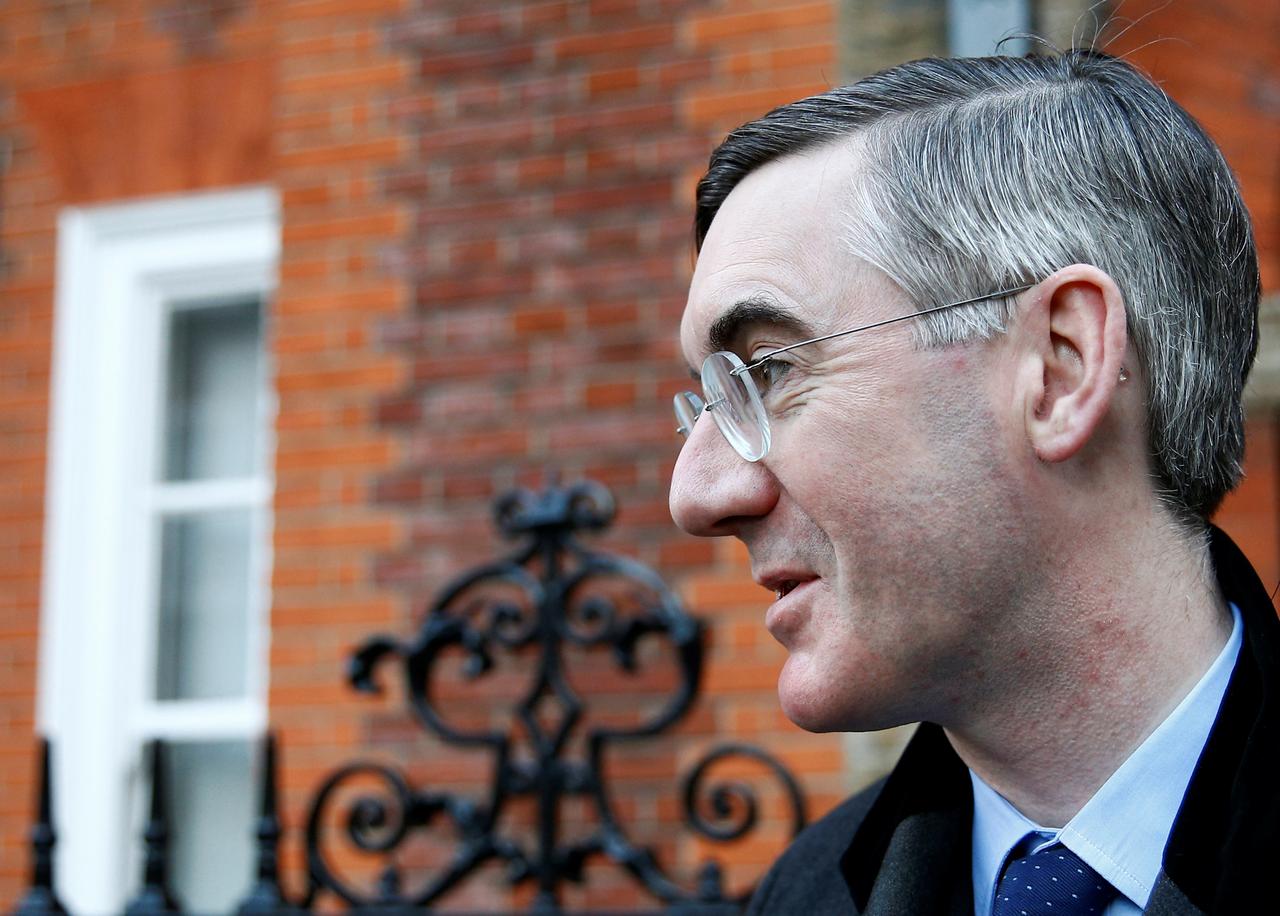 LONDON (Reuters) – The leader of a pro-Brexit faction in British Prime Minister Theresa May’s Conservative Party on Wednesday scaled back his opposition to her deal for leaving the European Union ahead of a vote on the agreement next month. Jacob Rees-Mogg said he would no longer insist that the so-called Northern Irish backstop be removed as a condition for his support and other legal ways might ensure it was not permanent.

With parliament divided on how to proceed on Brexit, Rees-Mogg’s European Research Group (ERG) of anti-EU lawmakers in the Conservative Party is key to the outcome of Brexit.

The ERG played a big part in the historic defeat suffered by May when she put her Brexit plan to parliament last month.

But the group must now decide whether to back a revised version of the plan or risk a delay to Brexit and the possibility of a second referendum after the main opposition Labour Party this week backed a public vote.

May on Tuesday paved the way for a delay to Brexit until June from its planned date of March 29 if she loses the latest vote on her divorce deal next month.

Rees-Mogg said the time limit he wants for the backstop should be “a short date, not a long date, then that would remove the backstop in the lifetime of parliament.”

The backstop is an insurance policy which aims to avoid the return of a hard border on the island of Ireland. It has become the main point of contention in exit talks, which have reached an impasse with just 30 days until Britain leaves the bloc.

London wants the backstop to be provisional rather than permanent, while the EU resists any suggestion it could expire.

Rees-Mogg told Sky News he thought an extension of the formal two-year Brexit negotiation period was likely after May opened the possibility of a delay until June.

That move by May appeared to have averted a clash with Remainers in her party when amendments to her plan are due to be put to parliament later on Wednesday.

But EU countries would have to approve an extension to the former Article 50 process for a country leaving the bloc and ministers from France and Germany said they wanted to know what a delay would achieve.

“For us it is important that something substantially new would be put on the table to justify a delay. Then we would all have to vote on it,” Germany’s European Affairs Minister Michael Roth said.

“No one wants to punish the Britons, if we can achieve something with a delay, we would be the last ones to stand in the way,” he said.

France’s finance minister said he would not see the need to grant an extension if Britain cannot state clearly what it intends to do with the extra time.

By Andrew MacAskill. Additional reporting by Elisabeth O’Leary in Edinburgh, Madeline Chambers in Berlin and Padraic Halpin in Dublin; Editing by William Schomberg and Janet Lawrence

British PM says parliament can vote on any Brexit delay

Brexit must not be frustrated, UK PM Theresa May says