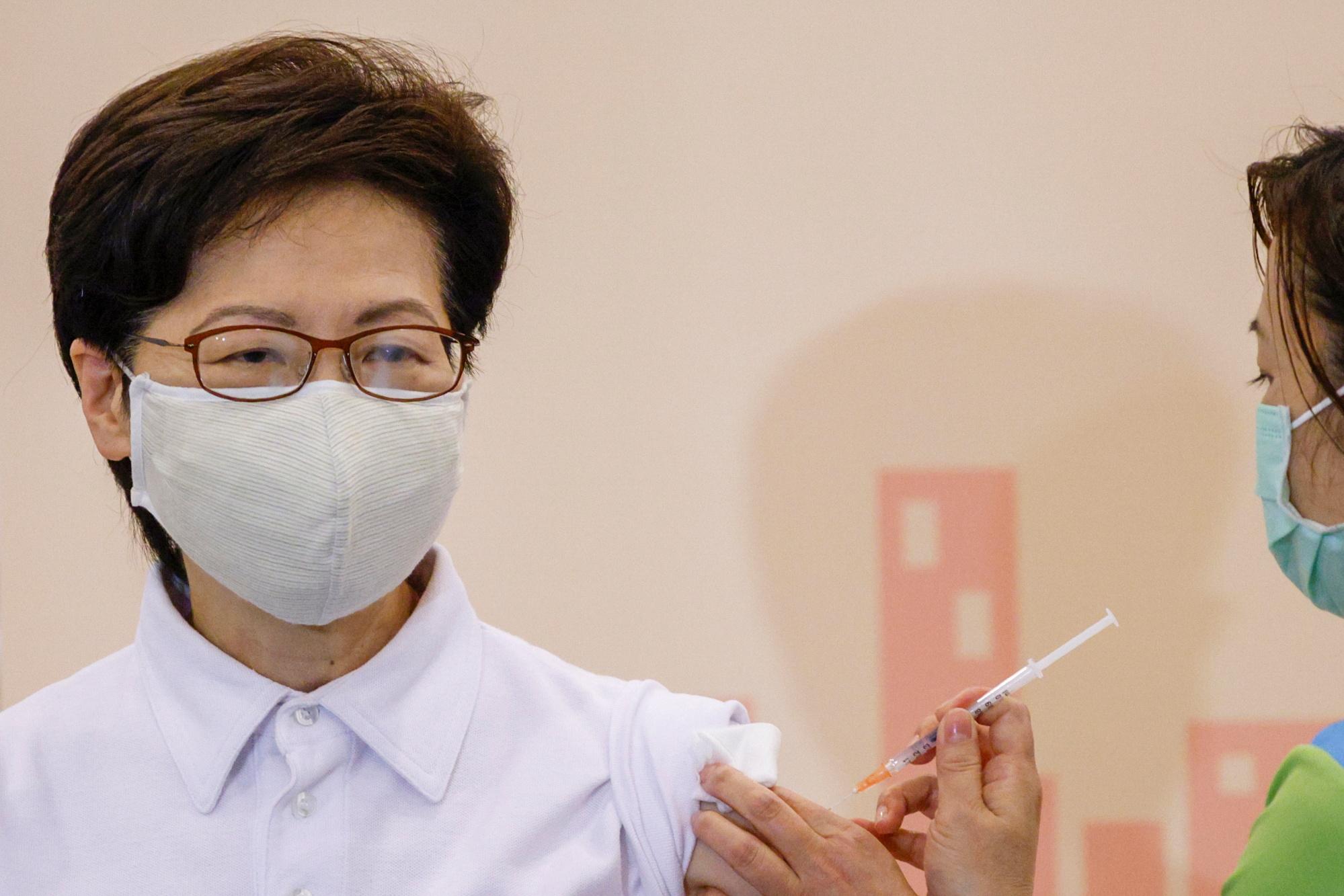 HONG KONG (Reuters) – Hong Kong’s leader Carrie Lam received China’s Sinovac vaccine on Monday together with top officials at a live televised event to bolster public confidence ahead of the vaccine’s rollout in the global financial hub this week.

Sinovac is the first COVID-19 vaccine to be introduced in Hong Kong, ahead of the Pfizer/BioNTech vaccine set to arrive in the Chinese special administrative region before the end of February.

The city’s vaccine rollout has lagged other developed cities and is far behind mainland China which started last July.

Lam, dressed in a white t-shirt, was filmed receiving the first vaccine in a centre set up at Hong Kong’s central library. Her cabinet ministers including Health Secretary Sophia Chan and Chief Secretary for Administration Matthew Cheung lined up to get vaccinated after her.

Lam appealed to all residents to take the vaccine during a press briefing following her vaccination.

“This requires the full collaboration of the people of Hong Kong to help Hong Kong’s society to recover as soon as possible.”

Health Secretary Chan told Reuters the government was trying to reassure residents worried about taking Sinovac, stating that standards had not been lowered to accept the vaccine and that there was no pressure from Beijing to get it approved.

One million doses of the Sinovac vaccine arrived from Beijing in the former British colony on Friday. Hong Kong’s 7.5 million residents can get vaccinated from Feb 26 after applying online.

Residents will be allowed to choose the type of vaccine, the government said.

Anti-mainland sentiment has increased in Hong Kong since 2019 when protesters took to the streets to demonstrate against what they see as Beijing’s strengthening hold over the territory.

A January survey by the University of Hong Kong found that fewer than 30% of people questioned said they would accept the Sinovac vaccine.

Hong Kong has secured a total of 22.5 million doses of COVID-19 vaccines from Pfizer, Sinovac and AstraZenca. The city has recorded around 10,800 cases since last January and 197 deaths.