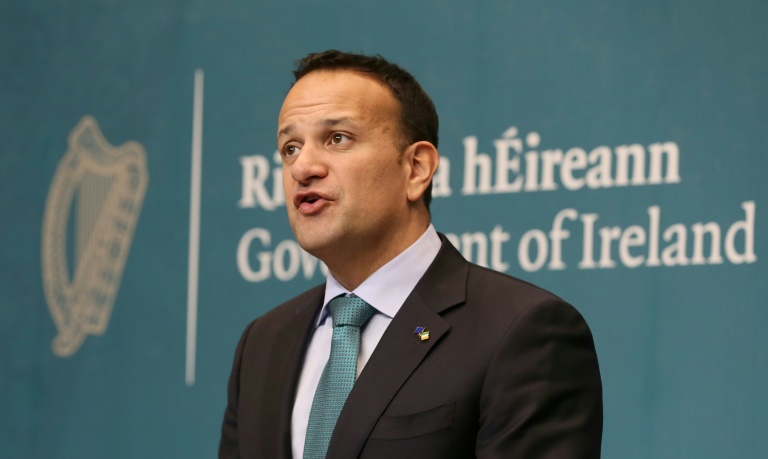 The Brexit deal marks a clear victory for Ireland — one no-one in Britain saw coming and one which has raised the Irish government’s standing at home and abroad.

Ireland is tethered to Britain through a common history, enmeshed economies and a border with the British province of Northern Ireland that held up negotiations for months.

Some British hardliners had argued that Ireland would simply follow along in any exit deal — a sentiment that caused outrage among many Irish and helped harden resolve.

At the center of the dispute was a legal guarantee to keep the Irish border open, known as the “backstop”, which Irish Prime Minister Leo Varadkar and his EU allies insisted on and Britain eventually and very reluctantly agreed to.

Ireland was opposed to Brexit and is fearful both of the impact on trade with biggest economic partner Britain and any destabilizing influence on the 1998 Good Friday Agreement, which ended three decades of sectarian conflict.

When the draft accord was published earlier this month, Irish politicians across the spectrum lauded it as the best possible outcome for the Republic in contrast to the deep divisions in the British parliament over its merits.

“The Irish government’s key preferences were all reflected in the divorce settlement,” said Etain Tannam, a senior lecturer at Trinity College Dublin.

“Bi-partisan party support in the Irish parliament for the government’s Brexit policy has been noteworthy since the withdrawal process began,” she said.

In the tug of war of international interests, Ireland’s government now has greater traction and is earning a reputation as a shrewd bargainer — at the same time as Britain’s prestige is on the wane.

“The places have changed. Britain, not Ireland, is the relatively small and isolated country,” Irish columnist Fintan O’Toole wrote in a column for the Guardian newspaper.

“Ireland, not the British Empire, has on its side the power of a huge multinational bloc,” he said, referring to Britain’s previous dominant influence over Ireland.

Whilst Britain has been plunged into political turmoil ever since the 2016 Brexit referendum, Irish politics has been imbued with a sense of unity in the national interest.

Varadkar’s center-right Fine Gael minority government is theoretically vulnerable with its reliance on the center-left opposition party Fianna Fail through a confidence and supply agreement.

But the two age-old rivals agreed to extend their pact through until the end of Brexit negotiations.

“An election during this critical time would create a dangerous instability,” Fianna Fail leader Micheál Martin wrote in an October letter to the prime minister.

In polls, Varadkar’s party holds a firm lead — making him one of the few clear-cut winners in the Brexit morass.

When the draft withdrawal deal was announced last week Varadkar abstained from a victory lap, issuing the staid remark that it was “one of the better days in politics”.

Ireland ‘at the heart of the EU’

Ireland had four priorities in negotiations — to preserve the peace process, maintain common travel rights with the UK and minimize the economic impact of Brexit.

The final one was to reaffirm the Republic’s “place at the heart of the European Union”.

Mindful that it will soon be isolated at the edge of the trading bloc, the Irish government has doubled down on its membership of the union with statements of solidarity.

And opinion polls suggest that calls by Brexiteers for Ireland to follow Britain in leaving the EU have fallen on deaf ears.

A survey by pollsters Red C earlier this year found that 92 percent of the Irish population now support staying in the EU — up from 88 percent last year.

May heads to Brussels as Spain threatens Brexit summit

Days from summit, May takes Brexit battle to Brussels