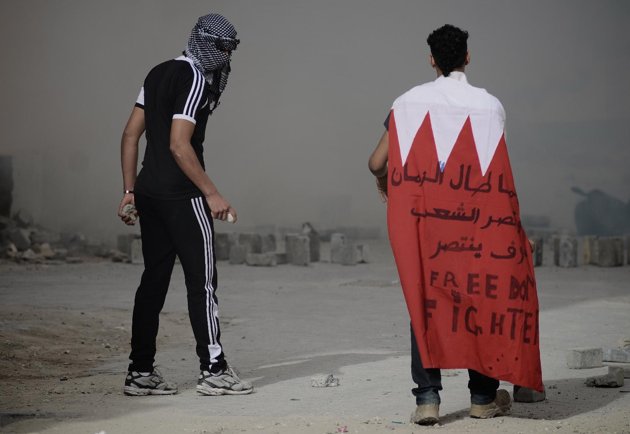 Bahraini security forces are torturing detainees during interrogation as regulatory bodies set up after the 2011 uprising "lack independence" and officials are not held accountable, Human Rights Watch said Monday.
Sunni-ruled Bahrain, a key ally of the West, has been rocked by a Shi'ite-led uprising since February 2011 with demands ranging from a constitutional monarchy to overthrowing the ruling Al-Khalifa dynasty altogether.
Scores of opponents have been detained, with many facing trial, while others convicted of involvement in violence have been handed heavy sentences, including revoking citizenship and life in prison.
In its 84-page report, HRW said it interviewed 10 detainees "who said they endured coercive interrogations" by authorities.
The New York-based group cited four other inmates of Jaw prison "who said authorities had tortured them in March 2015", four years since reforms that were announced after the initial revolt was crushed.
Reported physical assaults include "being subjected to electric shocks; suspension in painful positions, including by their wrists while handcuffed; forced standing; extreme cold; and sexual abuse," HRW said.
The Bahrain Independent Commission of Inquiry (BICI), set up by King Hamad to probe allegations of government wrongdoing, wrote in a November 2011 report that police had used "excessive force" and tortured detainees in that year's crackdown on opponents.
More than four years later, the situation remains unchanged despite the government establishing three bodies to end torture in interrogation and detention facilities, according to HRW.
"Bahrain can't claim any progress on torture while its anti-torture institutions lack independence and transparency and until it takes some serious steps to address the complete lack of accountability for the abuse of detainees," said HRW's deputy MENA director Joe Stork.
"The claims of Bahrain and its allies that authorities have ended torture in detention are simply not credible."
"All the available evidence supports the conclusion that these new institutions have not effectively tackled what the BICI report described as a 'culture of impunity' among security forces," said Stork.
These institutions, controlled by the interior ministry and public prosecutor, provide "little" information on "complaints, investigations, and prosecutions", the watchdog said.
The tiny but strategic kingdom's authorities should ensure that these bodies are neutral and form a civilian committee of independent experts to guarantee this, said HRW.
It urged Bahrain to "issue an immediate and open invitation to the UN special rapporteur on torture to conduct a country visit and allow unfettered access to detainees and all places of detention".
Bahrain is home to the US Fifth Fleet and work began in the kingdom on October 31 to construct Britain's first permanent military base in the Middle East since 1971.