Despite a growing presence of independent and non-governmental cultural centers, art spaces, bands and theater troupes, the Egyptian Ministry of Culture remains the main sponsor of cultural production in the country. But its role is contentious, and over the past month, cultural employees of various backgrounds have been meeting regularly to discuss possible reforms of the ministry, at times calling for its abolition.

A key issue during these meetings was the selection of the minister of culture, should that position be maintained. Theater direcotr Mohamed Abdel Khalek said the state should consult with intellectuals on that critical post, which has been pivotal in setting the nation’s cultural policy.

Last Sunday, more than 100 artists, actors, musicians and writers protested in front of the Ministry of Culture offices in Zamalek against the appointment of Mohamed al-Sawy as the new minister in the caretaker government. Al-Sawy, who has been the General Manager of Alamia Publishing & Advertising Co. since 1980 and the founder and director of Sawy Culture Wheel since 2003, was accused of having no rigorous literary or cultural background, unclear positions, and engaging in censorship. Short films like Mohamed Hammad’s "Central" were banned from screening at the Culture Wheel. “Short films are a category that the ministry’s Censorship Authority does not monitor. Al-Sawy’s measures are more extreme than the ministry,” said actress Mona Hala. Some plays were also banned for being critical of the Mubarak regime, claimed another protester.

But Al-Sawy told Al-Masry Al-Youm, “I am sure that the vast majority of Egyptians support my views. We do not want our society to fall down the drain and end up allowing the production of pornographic material.”

“Audience members are mature and are capable of canceling a show they disapprove of by simply walking out on it,” said Abdel Khalek. Writer Yasser Abdallah agreed. There’s no need for a body to police morals, Abdallah said, especially given that censorship has been mostly based on customary judgment of the censors rather than clear criteria. Dr. Emad Abou Ghazi, the General Secretary of the Supreme Council of Culture, told Al-Masry Al-Youm that cultural producers, censors and legal experts should meet and discuss viable scenarios for Khattab’s proposal.

Canceling censorship is one of several changes people want to introduce to the Ministry of Culture, which includes more than 15 institutions, councils, academies and sectors, two funds for financing archaeological and cultural projects, six national centers, and employs over nine thousand experts and staff members. Until recently, the ministry’s five main sectors were the Supreme Council of Culture, the Egyptian National Archives, the Arts Academy, the Culture Palaces Authority and the Supreme Council of Antiquities, which became a ministry of state with the newly appointed cabinet on 31 January 2011.

The Ministry of Culture’s operations continued to expand and become decentralized. It provided various services at the time from cultural exchange programs, acquisitions, bursaries, commissions for new work to study grants. Competitions in art, poetry and literature were organized in cooperation with universities to discover new talents and support existing ones. A “Mass Culture” division was established to diffuse culture, oversee adult education and encourage popular arts through community cultural centers in cities and rural areas. However, many of these initiatives were criticized for favoring cultural production that supported the ideologies and vision of the state at the expense of others.

The recent legacy of the ministry has been tied to the policies of former Minister of Culture Farouk Hosni, who held the post for the past 24 years. Under his authority, the cultural scene witnessed massive construction of exhibition spaces, theaters and museums, but suffered from increased censorship, corruption, and negligence. In August 2010, a Vincent Van Gogh painting was stolen from the Mahmoud Moukhtar Museum and three months later, a six-meter-high podium was stolen from Qaitbay mosque. Cultural workers complain that grants, competitions and bursaries were governed by nepotism. Mohsen Sha’lan, the former First Under-Secretary at the Culture Ministry, mentions the appointment of Hossam Nassar as the President of the General Book Organization in May 2010, as an example, saying that Nassar’s professional competence is questionable.

Sha’lan (who Hosni blamed for the Van Gogh theft) relates the “poor” performance of the ministry to the lack of a clear vision and strategy for cultural development. “The problem lies in the mismanagement of available financial and technical resources,” he added, while recounting how the mass culture logic persists. In the fifties and sixties, cultural convoys would travel from Cairo to Upper Egypt stopping at small cities and villages, where they held exhibitions, performances and competitions before they set off to their next destination. These convoys left behind temporary exhibits and publications, which they collected a few weeks later on their way back to the capital. “People anxiously waited for these convoys. They played a significant role in developing local talents,” said Sha’lan. This, however, is no longer the case, as non-Cairenes are exposed to TV programs and satellite channels. The resources used to recently import vehicles for the convoys could have been dedicated to develop cultural TV programming and upgrade existing cultural palaces across the country. Courses in art and design as well as computer and language skills could be held at these centers while relating the courses to cultural themes like world museums, experimental theater or visual arts, he proposed.

Sha’lan advocates reforming the Ministry of Culture rather than abolishing it. This view is shared by Dr. Gaber Assfour, the former Head of the National Translation Foundation in Cairo, who was appointed as Minister of Culture on 31 January 2011 and resigned five days later. Assfour’s vision of the Ministry of Culture was based on the state and civil society complementing one another in the cultural filed. By the state, Assfour refers to the Ministry of Culture, the Ministry of Education, Ministry of Information, National Council for Youth and universities. He would like to re-empower NGOs, political parties and private cultural institutions to play a pivotal in cultural development. Historically, the Egyptian cultural scene has been managed by these three forces: the state, civil society and private sector, explained Abou Ghazi. “This is the ideal scenario as each complements and balances the other,” he added. The ministry’s institutions, however, need democratization, where policy is developed through consultation with intellectuals and various bodies are managed by elected board members. Abou Ghazi proposed creating an independent body to oversee planning and implementation processes.

Some cultural workers demand more extreme measures. Egyptian visual artist Sameh Ismail envisions the roles of the Ministry of Culture being restricted to overseeing intellectual property rights agreements for cultural producers, fundraising and promoting Egyptian works. Other responsibilities could be managed independently by civil society and the private sector. If professional syndicates are reformed, they might be able to perform these functions and there would be no pressing need for the ministry.

Khaled Hafez, a visual artist, said, “The Ministry of Culture has played an increasingly patronizing role in the past.” Hafez supports the autonomous management of public spaces by civil society and the private sector. Hafez suggested that international events be transformed into cultural non-profit societies. This would give them autonomy in terms of fundraising–like the Venice and Istanbul biennale festivals–and they can cooperate with the city councils to plan the events.

The Coalition for Independent Culture is studying a plan to transform the Ministry of Culture’s sectors and institutions into a mixture of public foundations and joint-stock companies owned by employees, the government and private sector. The proposal aims at introducing a transparent and democratic mechanism for managing cultural institutions. Key focus areas are the collective shaping of cultural policy, enhancing public programming and accessibility and improved utilization of available resources for cultural production, while making the cultural sector economically viable.

Most suggestions and proposals are still being studied. The underlying goal is a democratic and collective management of cultural resources and a fostering of freedom of expression and creativity across Egypt. A conference is being organized within the coming month to develop a cultural strategy and shared vision for the future of the Ministry of Culture to be submitted to the Supreme Council of Armed Forces. People imagine this conference to be held annually and be an institutionalized mechanism for developing cultural policy in the long term.

Omar Khairat to perform at Cairo Opera House on December 15, 16 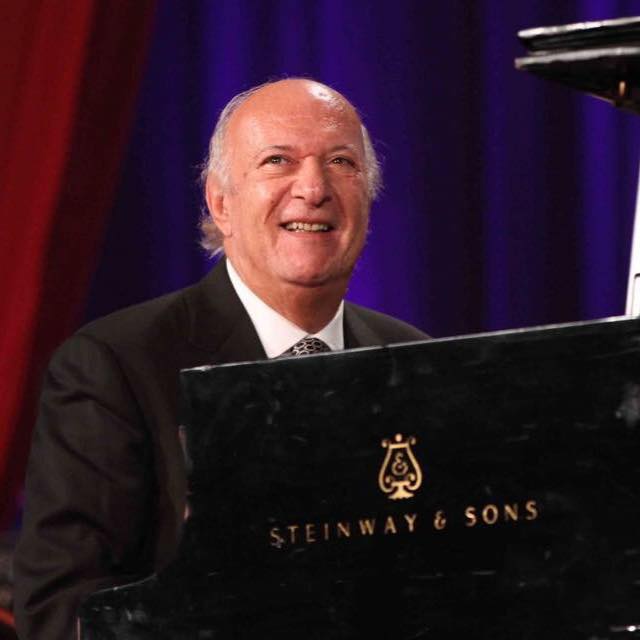 Omar Khairat to perform at Cairo Opera House on October 20

Egypt to designate streets across the country for 2,600 new bookstores