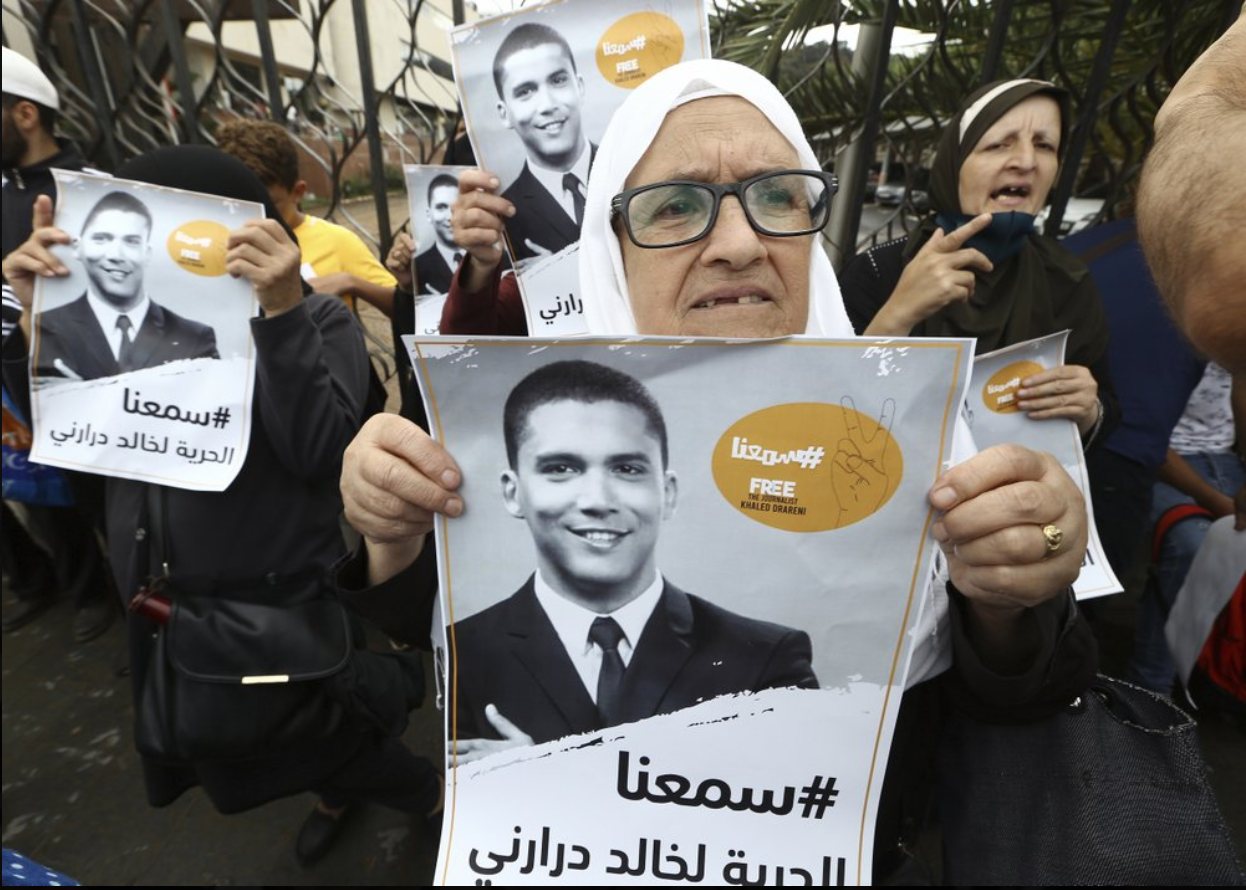 ALGIERS, Algeria (AP) — An Algerian prosecutor on Tuesday sought a four-year sentence in the high-profile appeals trial of Algerian journalist Khaled Drareni, more than the original term handed down a month ago that has been criticized for ignoring press freedoms.

The prosecutor also asked the court to hand down four-year sentences to two prominent pro-democracy protesters appealing their convictions alongside Drareni. That exceeded the pair’s initial three-year conviction, that had all but four months suspended.

Drareni was sentenced to a full three-year term on Aug. 10. Before that, he had been in pre-trial detention for more than five months.

All three men were arrested at a March 7 march in Algiers. The two protesters were released pending their appeal trial.

Drareni was imprisoned for “inciting an unarmed gathering” and “endangering national unity,” charges linked to his coverage of Algeria’s Hirak protest movement.

Some two dozen defense lawyers presented their arguments on behalf of the three men in the hours-long hearing that lasted into the night. The judge set the verdict for Sept. 15, in a week, said the vice-president of the Algerian League for the Defense of Human Rights, Said Salhi.

The two protesters appealing with the journalist, Samir Benlarbi and Slimane Hamitouch, are known figures in Algeria’s Hirak protest movement that helped force President Abdelaziz Bouteflika to resign in April 2019 after 20 years in power.

A group of protesters outside the Algiers courthouse, including from the Hirak movement, carried signs reading “Journalism Is Not a Crime” and “Algeria Free and Democratic.” A small and peaceful rally in support of Drareni was held Monday at the capital’s press complex. Small demonstrations were also held in Paris, as well as the Tunisian capital of Tunis, on Monday.

Drareni founded the Casbah Tribune news site and works for French TV channel TV5 Monde, among others, as well as for the NGO Reporters Without Borders.

Photo: People gather in a show of support for Khaled Drareni,outside the court house Tuesday, Sept.8, 2020 in Algiers. Drareni was imprisoned Aug. 10 for “inciting an unarmed gathering” and “endangering national unity” linked to coverage of Algeria’s Hirak protest movement. One month after journalist Khaled Drareni was sentenced to three years in prison in Algeria, a court in the North African country is hearing his appeal Tuesday. (AP Photo/Anis Belghoul)