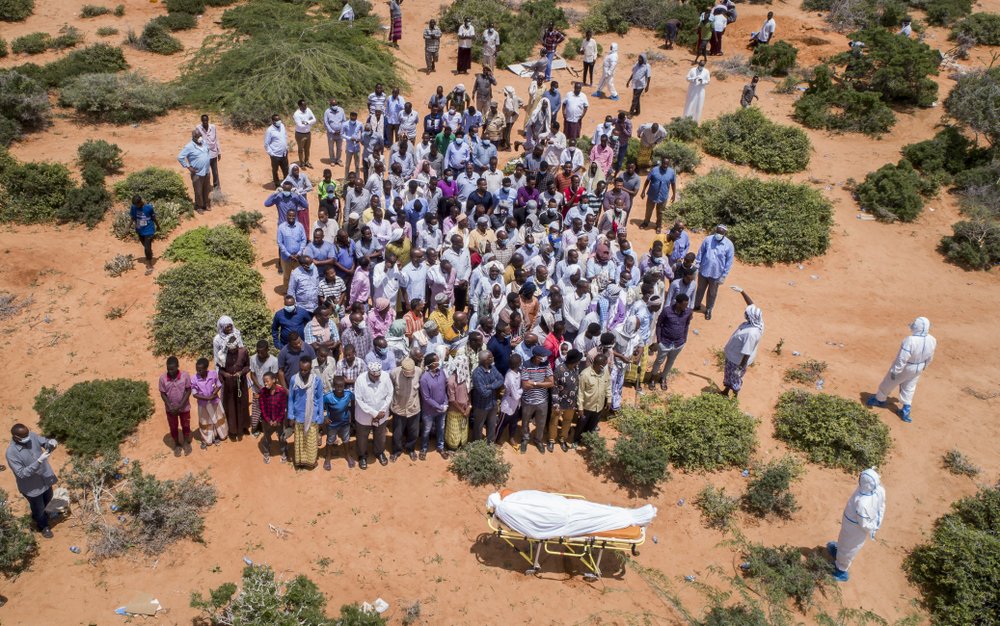 KAMPALA, Uganda (AP) — After 23 days in quarantine in Uganda — far longer than required — Jimmy Spire Ssentongo walked free in part because of a cartoon he drew. It showed a bound prisoner begging for liberation after multiple negative tests, while a health minister demanded to know where he was hiding the virus.

“The impression was that we were a dangerous group and that what was necessary was to protect the rest of society from us,” said Ssentongo, a cartoonist for Uganda’s Observer newspaper who was put in quarantine when he returned from Britain in March.

The fear he describes is indicative of the dangerous stigma that has sprung up around the coronavirus in Africa — fueled, in part, by severe and sometimes arbitrary quarantine rules as well as insufficient information about the virus.

Such stigma is not unique to the continent: Patients from Ecuador to Indonesia have been shamed when their diagnosis became known.

But with testing in Africa limited by supply shortages and some health workers going without proper protective gear, fear of the virus on the continent as it approaches 1 million confirmed infections is hindering the ability to control it in many places — and also discouraging people from seeking care for other diseases.

The way people were treated early in this pandemic is “just like the way, early on in the HIV epidemic, patients were being treated,” Salim Abdool Karim, an epidemiologist who chairs South Africa’s COVID-19 ministerial advisory committee, told a World Health Organization event last month. People with HIV were often shunned by their own families, and reports of health workers refusing to care for them were common in the 1990s.

Now, some people avoid testing for the coronavirus “because if they test, they’re ostracized,” Karim said.

Or simply locked away. Ssentongo, who was released from quarantine on the 24th day after testing negative three times, told The Associated Press that he and others were poorly treated at the facility, a hotel. Like him, many were held for far longer than the required 14 days, and he saw some bribe their way out. He was among those that went on hunger strikes in a bid to be freed.

“It was dehumanizing,” said Ssentongo, who also noted that there was no social distancing at the facility, and medical workers were rarely seen and inconsistent in their efforts to control the virus. A medical team once took a woman suspected of having the virus from her room and sprayed her with disinfectant, but ignored her partner.

At one facility, those inside said their money was rejected by the staff and the surrounding community when they tried to buy food, according to a Human Rights Watch report in May. At another, kitchen staff sometimes declined to serve them, forcing a security guard to bring the food.

Some humanitarian groups warn that stigma could set back Africa’s pandemic response.

In Somalia, “our teams are seeing people who have tested positive running away from their homes out of fear of being stigmatized by the community,” Abdinur Elmi, an official with the aid group CARE, said in a statement.

As a result, the group said, contact tracing has become nearly impossible in the Horn of Africa country, which has one of the world’s weakest health systems after nearly three decades of conflict.

Worryingly, the stigma has attached to health and aid workers in some places.

In the West African nation of Burkina Faso, a nurse’s assistant who found employment as a cleaner in a hospital said her uncle gave her an ultimatum: quit or leave home.

“He said, ‘Pack your bags and find another place to live,’” said the woman, who spoke on condition of anonymity in order to avoid retribution from her family.

Health Minister Pierre Somse, of Central African Republic, said humanitarian workers have been targeted because the idea has spread that Westerners, who often do such work, brought the virus. He urged governments to “de-dramatize” the response to calm panicked communities.

Aid workers have raised similar concerns about how the response is described in Uganda, where health officials frequently speak of “hunting down” suspected patients.

The blaring horns and sirens of the vehicles used by those tracing the contacts of the infected add to a sense of fear in some communities, such as the village of Bugomoro near the Congo border, said Charles Kaboggoza. The World Vision official said he witnessed discrimination against the family of a man who tested positive after returning from Afghanistan in March.

“The people had stopped them from going to fetch water from the (well),” he said. “It was really stigmatizing.”

Some accused the patient of bringing a “curse” to the community, he said.

Stigma is also having a negative effect on health care more broadly. In CARE-supported health centers in Somalia, the number of people seeking consultations for communicable diseases has fallen by 26 percent since the first case of COVID-19 was recorded in the country, “with fear of stigma for having the virus being a major factor,” according to the group.

Some leaders are aware of the dangers of stigma and are countering it.

In South Africa, which has more than half the confirmed virus cases on the continent, President Cyril Ramaphosa praised the family of diplomat Zindzi Mandela, daughter of anti-apartheid icon Nelson Mandela, for publicly saying that she had tested positive before she died.

On Twitter, Ramaphosa’s health minister, Zweli Mkhize, encouraged South Africans to be tolerant as “it can happen to anybody in any house.”

The Rev. Sammy Wainaina, of Kenya’s All Saints Cathedral, who received treatment for the virus in an intensive care unit in June, said he felt compelled to publicly share his status. Consequently he was “treated badly,” he said, recalling people in his neighborhood who seemed eager to avoid him.

“When you keep quiet,” he said, “stigma continues to grow.”

Image: FILE – In this April 30, 2020, file photo, mourners gather to bury an elderly man believed to have died of the coronavirus but whose family asked not to be named because of the social stigma, in Mogadishu, Somalia. A dangerous stigma has sprung up around the coronavirus in Africa — fueled, in part, by severe quarantine rules in some countries as well as insufficient information about the virus. (AP Photo/File)