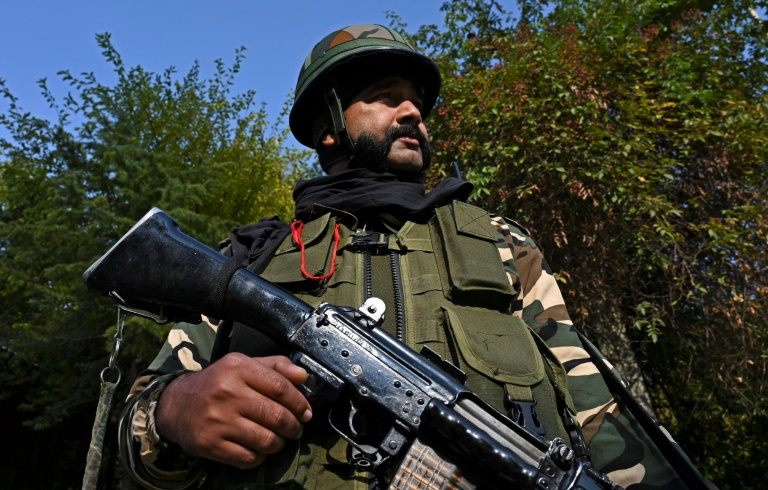 India’s Muslim-majority region of Kashmir was formally divided on Thursday, almost three months after losing its autonomy in a move that triggered violence and stoked tensions with arch-rival Pakistan.

The move, announced in early August when India imposed a lockdown and sent in tens of thousands of extra troops, saw Jammu and Kashmir cease to be a state and split into two new administrative territories ruled directly from New Delhi.

Speaking next to a colossal statue of independence hero Sardar Vallabhbhai Patel in his home state of Gujarat, Prime Minister Narendra Modi on Thursday hailed a “bright future” for the blood-soaked Himalayan region.

Local authorities in Kahsmir, meanwhile, deployed tens of thousands of government forces and issued a high alert for rebel attacks and anti-India protests.

Police and paramilitary troops in bulletproof gear patrolled the streets in the densely populated old quarters of the main city of Srinagar and other towns across the volatile Kashmir Valley.

Kashmir was “the only place where terrorism killed around 40,000 people in the last three decades. So many mothers lost their sons… For how long could have just kept watching the innocents die?” Modi said.

Kashmir has been split between India and Pakistan since 1947 and has sparked two wars and numerous flare-ups between the two nuclear-armed foes, most recently in February when they conducted tit-for-tat air strikes.

In early August, Modi’s Hindu nationalist government stripped Indian-administered Kashmir of its special status in the constitution, detaining thousands of people — including almost all local political leaders — and cutting telecommunications.

It also announced that from October 31, the state would become two so-called union territories: Ladakh to the east bordering China — which also claims part of it — and Jammu and Kashmir in the west.

New Delhi has a much bigger say in the overall administrative affairs of union territories, considered the lowest governance unit in India. There are now nine union territories and 28 states.

Amid the tight security, low-key ceremonies on Thursday in Srinagar and Leh — the territories’ main cities — were due to see two new Lieutenant Governors sworn into office.

The move also removes Kashmiris’ exclusive land rights, allowing people from elsewhere to buy property. Locals suspect that this is part of Modi’s aim to bring demographic change in the region.

Almost three months after Modi’s surprise move, which came only weeks after he was re-elected in a landslide, hundreds of Kashmiri politicians and others remain in detention, mostly without charge.

In total, several thousand people were locked up — including children as young as nine — with most subsequently released. There have also been allegations of torture by Indian troops, something the government denies.

Access to around half of mobile phones was only restored on October 14 and the internet remains cut for the Kashmir Valley’s more than seven million people.

The UN High Commission for Human Rights in Geneva said Tuesday that it was “extremely concerned” at the situation.

“We urge the Indian authorities to unlock the situation and fully restore the rights that are currently being denied,” it said.