The availability of indoor tanning outside of tanning salons may promote risky use because of lax regulation, US researchers say.

Outside of tanning salons, US women who tan indoors can often do so at gyms and health clubs, as well as in some private homes and apartment complexes, a recent study finds.

“I think these non-salon tanning locations have been under the radar as they have not generally been addressed in the research literature nor have recent policy initiatives to restrict indoor tanning access to minors seemed to specifically consider them,” Hillhouse told Reuters Health by email.

For the study, a representative sample of 823 women aged 18 to 25 years completed online surveys, answering questions about their lifetime tanning history, and their current tanning habits and locations. Location choices included tanning salons, gyms or health clubs, beauty shops, private homes or apartments and other locations.

About 27 percent of women said they had ever engaged in indoor tanning, and 13 percent had tanned indoors over the previous year.

Of those who had ever tanned indoors, about two in five said they had done so outside of a tanning salon, most often at a gym or health club, beauty shop or private home. Indoor tanning at apartment complexes was less common, Hillhouse’s team reports in JAMA Dermatology.

The women who used non-salon locations tended to have had more than twice as many tanning sessions as those who only used tanning salons, the authors found. Those who reported non-salon tanning were also almost three times as likely to report a history of depression, compared to salon tanners.

“The rates of tanning bed use at gyms and private homes are very high – much higher than I expected,” said Dr. Eleni Linos, a public health and dermatology expert at the University of California, San Francisco. “This is worrisome because we don’t know how safely these are being used if unsupervised.”

In addition, “it is unclear if legislation regarding age limits is enforced at these locations,” Linos, who was not part of the new study, told Reuters Health by email.

The World Health Organization has classified tanning beds as a class 1 cancer-causing agent, alongside tobacco and asbestos, she noted.

“At gyms and apartment complexes use of the tanning facilities may be unsupervised, when this is the case users could use the tanning facilities much more frequently than at a tanning salon, where use is generally restricted to twice a week,” said Brenda Cartmel, a senior research scientist focusing on cancer prevention and survivorship at the Yale School of Public Health in New Haven, Connecticut, who also was not part of the new study.

“The more frequent the exposure, the greater the risk of skin cancer,” Cartmel told Reuters Health by email.

Gym tanning might be an attractive option for the more dedicated or “high-risk” tanners, as gyms are not required to collect a federal tanning excise tax, the authors write.

“It could be that use of these locations leads to more risky behavior due to lack of regulations or poor oversight or even lower costs (many are free, providing unlimited tanning),” Hillhouse said. “One concern we have is that as legislative efforts become effective, individuals may move toward these other sources of tanning access.”

But, he noted, “until we know more about oversight, maintenance and cleanliness at these sites, we can’t determine the overall public health risk.” 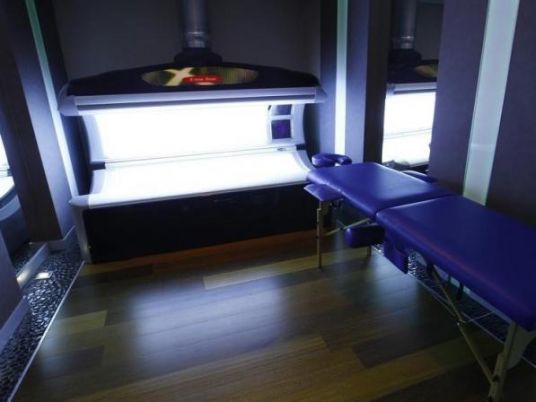