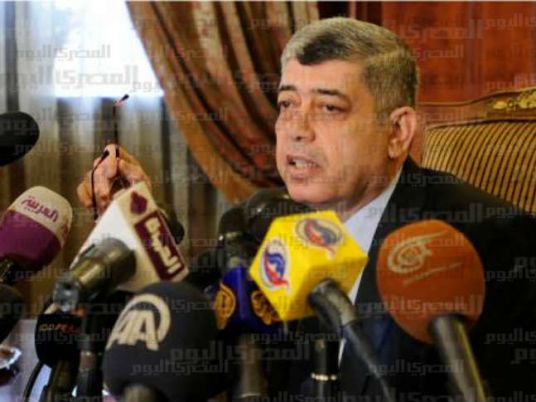 Major General Mohamed Ibrahim, the interior minister, said on Sunday that his ministry will only enter universities to protect students and confront what could hamper the educational process.
During a meeting between the minister and delegation of the heads and members of student unions, the students asked the minister to pay silent tribute to the policemen who sacrificed their lives to achieve the stability and security of the country and people. The students also expressed support for the ministry’s efforts to confront all forms of violence.
The minister stressed the necessity of the role played by students. He also reviewed developments in the country and its effect on the security situation. The minister highlighted the necessity of the citizens’ support for the ministry while it confront terrorism.
Ibrahim said his ministry will not allow any attempts of violence or chaos during the second semester.
The minister listened to suggestions by the students to raise awareness of keeping the university premises safe.
A court ruling last week ordered the return of police forces tasked with securing universities. Several clashes erupted between police and students loyal to deposed President Mohamed Morsy since his ouster last year, leading to deaths in some occasions.
Edited translation from Al-Masry Al-Youm