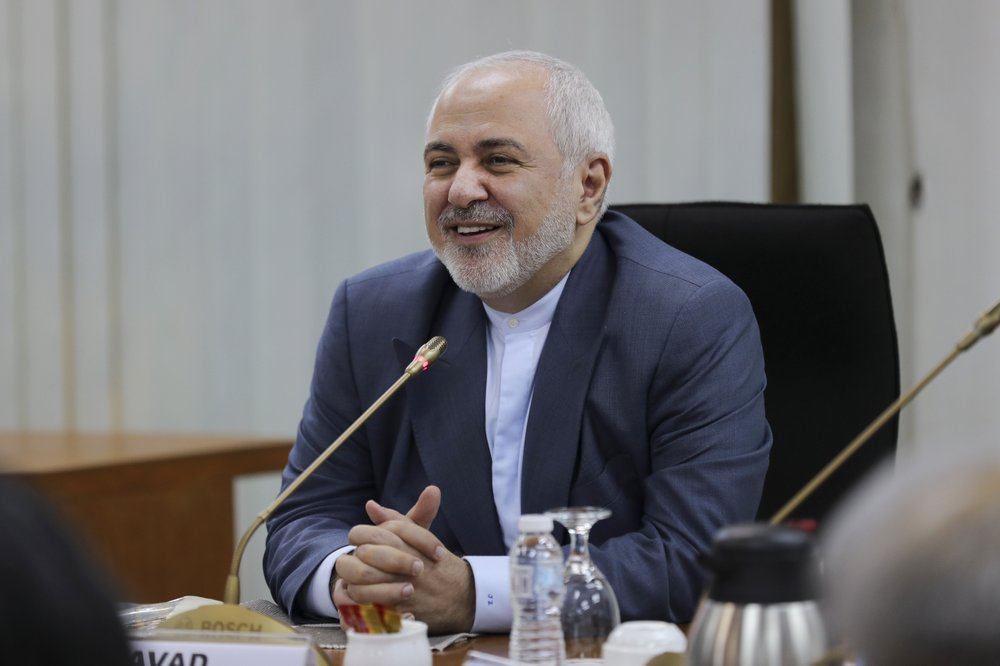 Zarif said the removal of U.S. sanctions — which he described as a form of extortion, arm twisting and intimidation — could also help salvage the 2015 Iranian nuclear deal, which the U.S. unilaterally withdrew from last year.

He said Tehran has the right to reduce its compliance under the nuclear pact after the U.S. left, but it can return to full implementation if the U.S. fulfills its commitment and returns to the table.

“We are prepared to leave (the pact) because we have nothing to lose,” he told a forum in Kuala Lumpur. But Tehran also believes that the only way to avoid a “nuclear holocaust” is to destroy all nuclear weapons, he said.

“We say that if you (the U.S.) come back to your commitments, you fulfill your commitments and the commitments are to normalize economic relations with Iran, we will revert back to full implementation and that is still on the table,” he added.

In recent months, Tehran has announced that it would cross limits imposed by the multinational pact on the size and potency of its nuclear stockpile.

Iranian President Hassan Rouhani on Tuesday backed off from possible talks with Trump, just a day after the U.S. president said the two could meet on their nuclear impasse after a surprise intervention by French President Emmanuel Macron during the G-7 summit this week.

His U-turn can be seen as a result of pressure from hard-liners in the Iranian establishment who oppose taking a softer tone toward the West. Iran has increased its uranium enrichment activities after the U.S. pullout from the nuclear deal.

It has also lost billions of dollars in business deals allowed by the accord as the U.S. re-imposed and escalated sanctions largely blocking Tehran from selling crude abroad, a crucial source of hard currency for the Islamic Republic.

“They are engaged in economic terrorism and the basic principle in a civilized world is that you do not negotiate with terrorists. If they want to negotiate, they have to abandon terrorism,” Zarif said, in reference to rollback of sanctions.

“It won’t be possible for us to engage with the United States unless they stop imposing war, engaging in economic terrorism against the Iranian people,” he told reporters later.

Zarif slammed Washington’s push for dominance in the region including through a U.S.-led coalition to patrol the Strait of Hormuz, a strategic waterway through which much of the world’s oil transits. He said Middle Eastern countries can safeguard security without interference from outsiders.

In past weeks, the Persian Gulf region has seen six attacks on oil tankers that the U.S. has blamed on Iran and the downing of a U.S. surveillance drone by Iranian forces. Iran denied it was behind the tanker attacks.

But in July, Iran seized British-flagged tanker the Stena Impero, after the United Kingdom seized an Iranian tanker thought to be carrying fuel to Syria in violation of international sanctions. The Iranian vessel was released earlier this month, but the British vessel is still being held.

Zarif said the British tanker had violated Iran’s sea laws and will need to go through the court system. He said Iran will help expedite the legal process.

Macron tries to arrange a Trump meeting with Iranian leader

The Latest: Israeli PM calls for global action against Iran