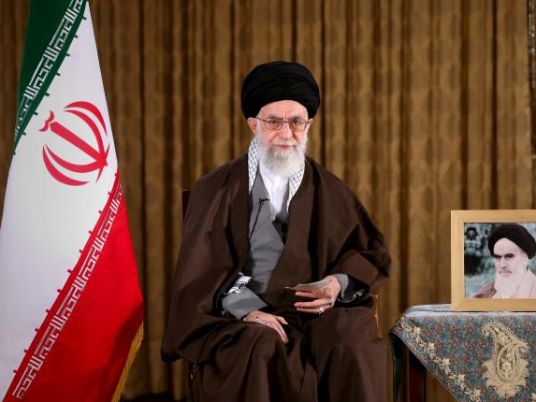 Iran's Supreme Leader Ayatollah Ali Khamenei called for vigilance against what he called a "soft war" mounted by the West and aimed at weakening the clerical establishment, state television reported on Thursday.

Hardline allies of Khamenei, worried about losing their grip on power, have accused pragmatist President Hassan Rouhani of betraying the anti-Western values of the revolution that toppled the U.S.-backed Shah.

"Our officials and all parts of the establishment should be vigilant about the West's continued soft war against Iran… the enemies want to weaken the system from inside," Khamenei said.

In a meeting with members of the Assembly of Experts, with authority to appoint and dismiss the supreme Leader, Khamenei told Iranian officials:

“By impairing centers of powers in Iran, it will be easy to harm the establishment from inside."

The 88-member assembly, consisting mostly of elderly clerics, is expected to choose any successor to Khamenei, who has the final say on all state matters.

"The only way to materialize the [1979 Islamic] revolution's goals is national unity and not to obey the enemy," he said.

Hardliners control the judiciary, the security forces, the Guardian Council which vets laws and election candidates, public broadcasters and foundations that own much of the economy.

Rouhani championed ending over a decade-old nuclear standoff with the United states and five other major powers by reaching a landmark nuclear deal in 2015.

Under the deal, international economic sanctions on Tehran were lifted in January in exchange for curbing the country's nuclear work.

Rouhani's efforts to boost Iran's sanction-hit economy and to end the country's international isolation have bolstered his position within Iran's complex power structure.