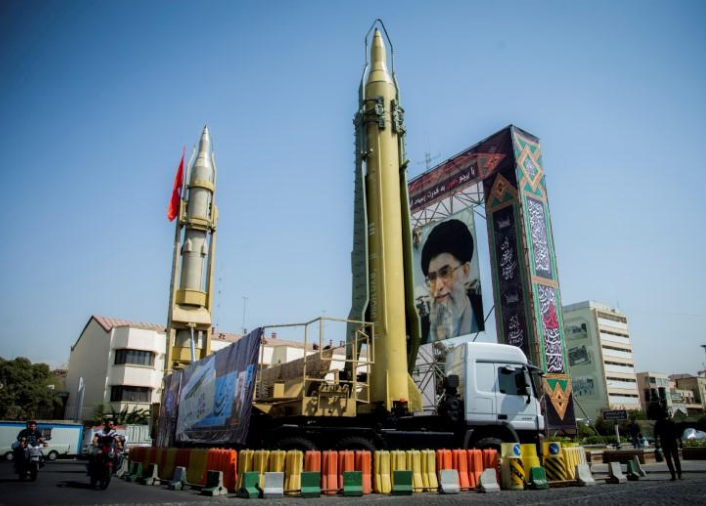 LONDON (Reuters) – An Iranian Revolutionary Guards commander said on Wednesday that US bases in Afghanistan, the UAE and Qatar, and US aircraft carriers in the Gulf were within range of Iranian missiles, as tensions rise between Tehran and Washington.

“They are within our reach and we can hit them if they (Americans) make a move,” Amirali Hajizadeh, head of the Revolutionary Guards’ airspace division, was quoted as saying by Tasnim news agency.

Hajizadeh said the Guards had improved the precision of their missiles, and specifically said they could hit the Al Udeid Air Base in Qatar, Al Dhafra base in the United Arab Emirates and Kandahar base in Afghanistan that host US forces.

US President Donald Trump pulled out of an international agreement on Iran’s nuclear programme in May and reimposed sanctions on Tehran. He said the deal was flawed because it did not include curbs on Iran’s development of ballistic missiles or its support for proxies in Syria, Yemen, Lebanon and Iraq.

The Islamic Republic’s government has ruled out negotiations with Washington over its military capabilities, particularly its missile programme run by the Guards.

Iran, which says its missile programme is purely defensive, has threatened to disrupt oil shipments through the Strait of Hormuz in the Gulf if the United States tries to strangle Iranian oil exports.

In October, the Revolutionary Guards fired missiles at Islamic State militants in Syria after the Islamist group took responsibility for an attack at a military parade in Iran that killed 25 people, nearly half of them members of the Guards.

US targets Iran-Russia network over oil sent to Syria