"I love Iran, but it's like an alcoholic father, sometimes it hits me," Rasoulof told Reuters 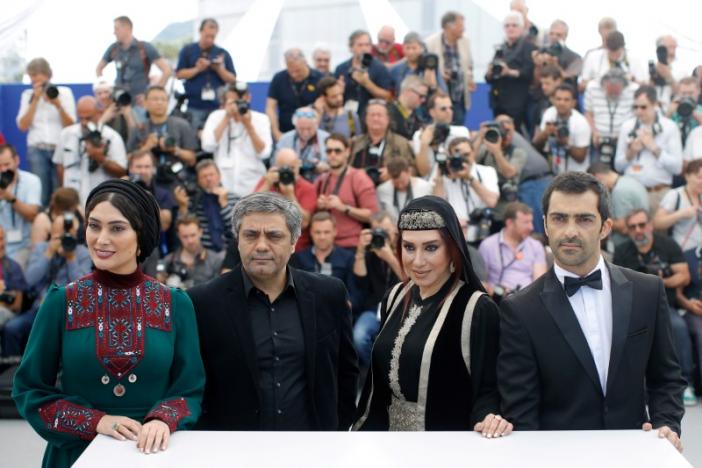 A movie by an Iranian who was arrested for his work in Iran won the “Un Certain Regard” competition at the Cannes Film Festival on Saturday, bolstering the country’s filmmakers’ reputation for defying the censors to make high-quality films.

“A Man of Integrity”, filmed in Iran but unlikely ever to be shown there due to censorship, is a tense drama about a man persecuted by powerful economic and political forces who refuses to bribe his way out of trouble.

Writer-director Mohammad Rasoulof, 45, was arrested alongside acclaimed director Jafar Panahi in 2010 and sentenced to jail. He is free on bail and has continued to make films that explore political and moral corruption.

Clutching the scroll he had just been awarded, Rasoulof said he hoped the prize would make things easier for him to make films in Iran.

“I love Iran, but it’s like an alcoholic father, sometimes it hits me,” he told Reuters.

Rasoulof’s win comes three months after Asghar Farhadi won the Best Foreign Language Film Oscar for “The Salesman”, also shot in Iran, and recognizes him as a major force in international cinema.

“International support has really helped all filmmakers and especially me, by stopping the pressure they were putting on us,” Rasoulof told Reuters in an interview earlier in the festival.

Rasoulof said Iranian authorities had given him a permit to shoot “A Man of Integrity” but only after he signed a paper promising not to make it “too dark”. He has not been granted permission to screen the film in Iran so, like his previous five features, it is unlikely to be seen there except via unauthorized copies.

Variety called “A Man of Integrity” “a tense, enraging drama about corruption and injustice … a scathing critique of contemporary Iranian society … (that) manages to resonate on both specific and universal levels”.

“Un Certain Regard”, a separate section from the main contest at Cannes, recognizes younger talent and innovative filmmaking. The winners in the main competition, including the Palme d’Or for best picture, will be announced on Sunday.