Electoral officials and politicians said while Monday’s decision may not alter the final outcome of the election, a more significant ruling was expected Tuesday, when the panel considers the fate of six to nine winning candidates.

Regardless of the real impact of Monday’s ruling, analysts said it could raise tensions after the inconclusive March vote.

One of the names barred on Monday for alleged ties to Saddam Hussein’s banned Baath party was a winner in the March 7 ballot for the cross-sectarian bloc of ex-Premier Iyad Allawi, which rode strong Sunni support to gain the lead in the election. Allawi’s Iraqiya list won 91 seats, just two seats ahead of Prime Minister Nuri Al-Maliki’s State of Law coalition.

Allawi’s allies said they did not think the final election result would change. Under Iraq’s electoral system, a candidate barred by the panel might conceivably be replaced by a member of the same party.

But any reduction in Iraqiya’s representation could reignite Sunni anger just as the sectarian violence unleashed after the 2003 US-led invasion recedes.

“The ruling of the review panel is politically motivated and could be detrimental to the whole democratic process in Iraq,” said Mustafa Al-Hiti, a senior member of Iraqiya.

Saad Al-Rawi, one of nine commissioners at the Independent High Electoral Commission (IHEC), of which the review panel is a part, said it was likely the winning candidate whose votes were invalidated would be replaced by a candidate from Iraqiya.

Rawi added that the ruling on Monday, which affected a few thousand votes, is unlikely to change the election outcome.

The rulings come before the expected start next week of a recount of votes in Baghdad, which could also change the result and enrage Sunnis who saw Iraqiya’s success as a vindication of their claim to greater political clout. 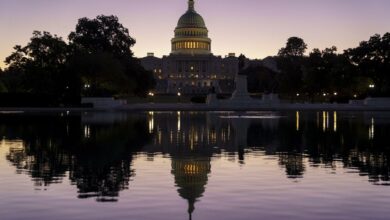 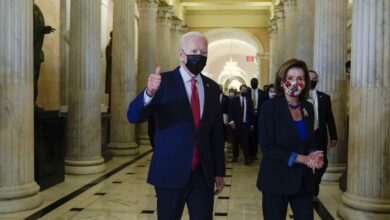 Despite delays with $3.5T plan, Biden vows to ‘get it done’