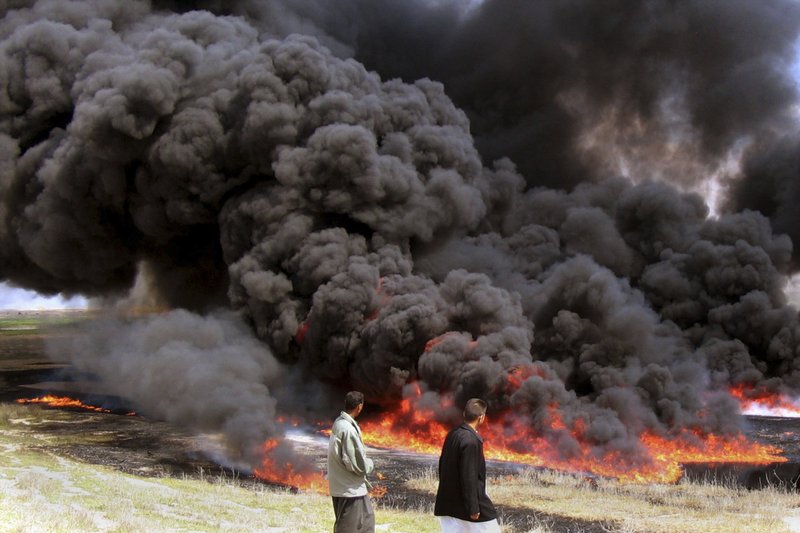 Iraq on Sunday invited companies to submit statements of interest in building a new pipeline from the northern city of Kirkuk to Turkey’s Mediterranean port of Ceyhan.

The new 350-kilometer (220-mile) pipeline will carry up to one million barrels a day, the state-run Oil Projects Company said. A 305-kilometer (190-mile) gas pipeline to feed pumping stations, tanks and other service installations will be included in the project, it said.

The new line will be built alongside an existing 1.6 million barrel-per-day pipeline, which runs through restive Sunni areas and has been idle since it was badly damaged by militant attacks in 2014.

Iraqi forces drove the Islamic State group from the area earlier this year, but the militants are expected to continue to launch insurgent-style attacks.

Interested companies have until January 24 to submit applications for pre-qualification before receiving the final tender documents. Authorities did not provide a timeline for the project, which will be offered under a build-own-operate-transfer scheme. At least 25 percent of the project will be owned by Iraqi entities.

Iraqi forces seized the disputed city of Kirkuk from Kurdish forces in October. The Kurds, who had taken control of Kirkuk and other disputed areas when IS swept into Iraq three years ago, exported oil through their own pipeline to Turkey.

The fields around Kirkuk currently produce around 140,000 barrels a day, all of which goes to refineries, Oil Ministry spokesman Assem Jihad said Sunday.

Oil and other infrastructure suffered widespread damage during the fighting against IS. The costs of the war, along with low oil prices, have taken a heavy toll on Iraq’s economy.

Also on Sunday, Iraq reached a deal with China’s state-run Zhenhua Oil to develop the southern section of the East Baghdad oil field. Iraq hopes to pump 40,000 barrels a day within five years from the beginning of the development, Jihad said. The field is believed to hold 8 billion barrels.