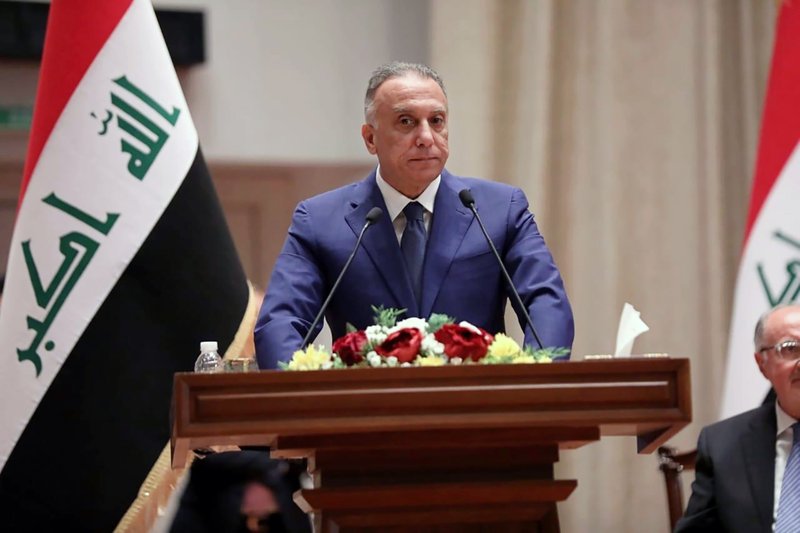 A total of 247 lawmakers approved the seven ministry posts that had remained vacant since al-Kadhimi was sworn in last month. They include oil, trade, foreign affairs, justice, migration and displacement and culture and agriculture ministries, completing the premier’s 22-member Cabinet.

“My cabinet is now complete with today’s vote. This is vital in implementing our program and delivering on our commitments to our people – who are waiting for actions not words,” al-Kadhimi said in a tweet following the vote.

Lawmakers also approved the resignation of Hadi al-Ameri, head of the powerful Fatah bloc made up of parties with affiliated paramilitary groups that fall under the Popular Mobilization Forces. His resignation comes amid widespread speculation that he will assume the helm of PMF, replacing Falah Fayadh. Abdul-Karim Younes was named as his replacement.

With his government now complete, al-Kadhimi’s administration must tackle myriad crises facing Iraq, including financial shortfalls spurred by falling oil prices and the coronavirus pandemic. His government is also preparing for upcoming strategic talks this month with the US that will focus on the ongoing American military presence in Iraq.

Al-Kadhimi’s government was approved May 7 when legislators passed the majority of his Cabinet lineup. It is not uncommon in Iraq for some government posts to remain vacant pending consensus among political factions.

The government of previous Prime Minister Adil Abdul-Mahdi remained incomplete for months after he was sworn in primarily because of political disagreements over key posts including defense and interior.

Image: FILE – In this May 7, 2020, file photo, Mustafa al-Kahdimi, Iraqi Prime Minister-designate speaks to members of the Iraqi parliament in Baghdad, Iraq. Iraqi lawmakers have signed off on the rest of Prime Minister Mustafa al-Kadhimi’s government following weeks of horse-trading between political factions. A total of 247 lawmakers passed the seven ministerial posts on Saturday, June 6, 2020 that had remained vacant since al-Kadhimi was sworn in last month. (Iraqi Parliament Media Office, via AP, File)

'We want to breathe, too': solidarity from Iraq