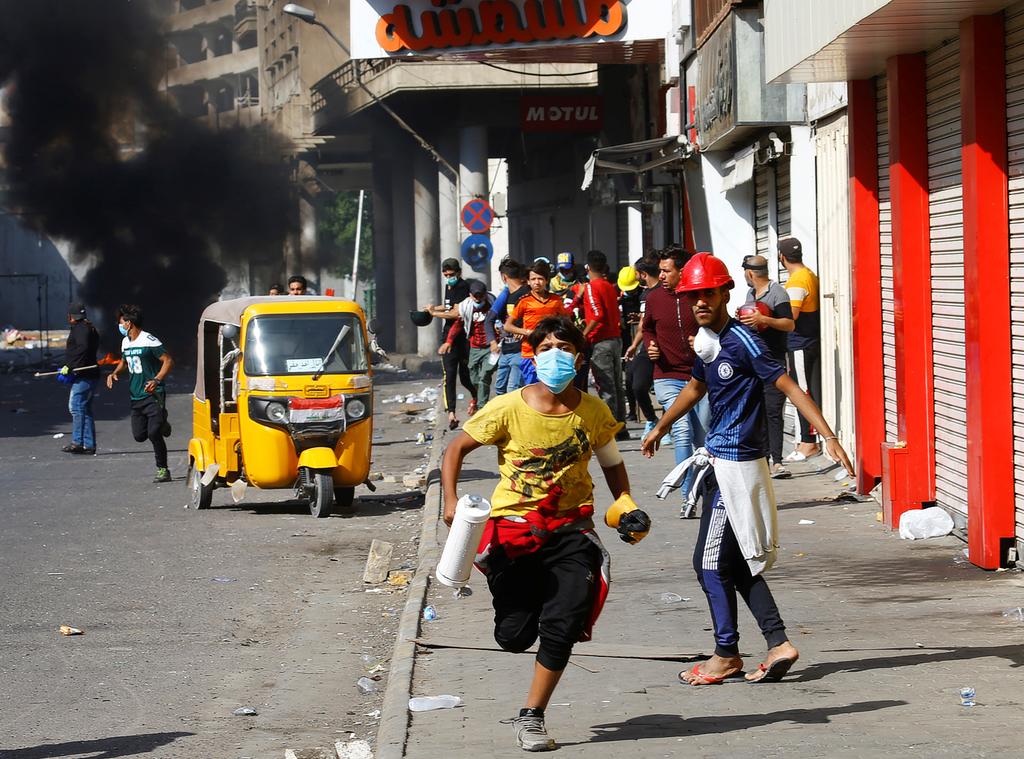 BAGHDAD (Reuters) – Iraqi Prime Minister Adel Abdul Mahdi said on Saturday that political parties had “made mistakes” in their running of the country, promising electoral reform and other measures as he sought to bring an end to months of protests.

“Political forces and parties are important institutions in any democratic system, and they have made great sacrifices, but they have also made many mistakes,” Abdul Mahdi said in a statement.

He made his remarks as security forces were trying to push protesters back from several major bridges in Baghdad that had been occupied for days. At least 34 people were injured as security forces launched tear gas and stun grenades to try to disperse protesters still grouped near the bridges.

On Friday, Ayatollah Ali al-Sistani, Iraq’s senior Shia Muslim cleric, urged the country’s ruling elite to seek a peaceful way out of the crisis in which at least 280 people have died.

The prime minister appeared to strike a more conciliatory tone toward protesters, who have demanded that he step down, saying that protests are a legitimate engine of political change. At the same time he urged demonstrators not to interrupt “normal life” in the country that has been hit economically by weeks of unrest.

Tens of thousands of people have protested across the country since Oct 1. with security forces using lethal force to try to quell the unrest. Demonstrators are demanding an overhaul of the political system and criticizing corruption in the ruling class that has dominated the country since the US-led overthrow of Saddam Hussein in 2003.

“The protests have helped and will help pressure political groups, the government … to reform and accept change. However continuing protests must allow for a return to normal life, which will lead to legitimate demands being met,” Abdul Mahdi said.

The protests began in Baghdad and quickly spread to the country’s southern provinces. Security forces continue to use live fire against demonstrators, in addition to tear gas canisters and stun grenades fired directly at protesters.

Abdul Mahdi also promised a ban on possession of weapons by non-state groups that have been accused of shooting demonstrators and investigations into protester deaths,

The prime minister, who announced a spate of reforms during the first wave of protests last month, added that new electoral reforms would be announced in the “coming few days”. He did not elaborate.

Deadly clashes reignite in Iraq despite cleric's call for calm