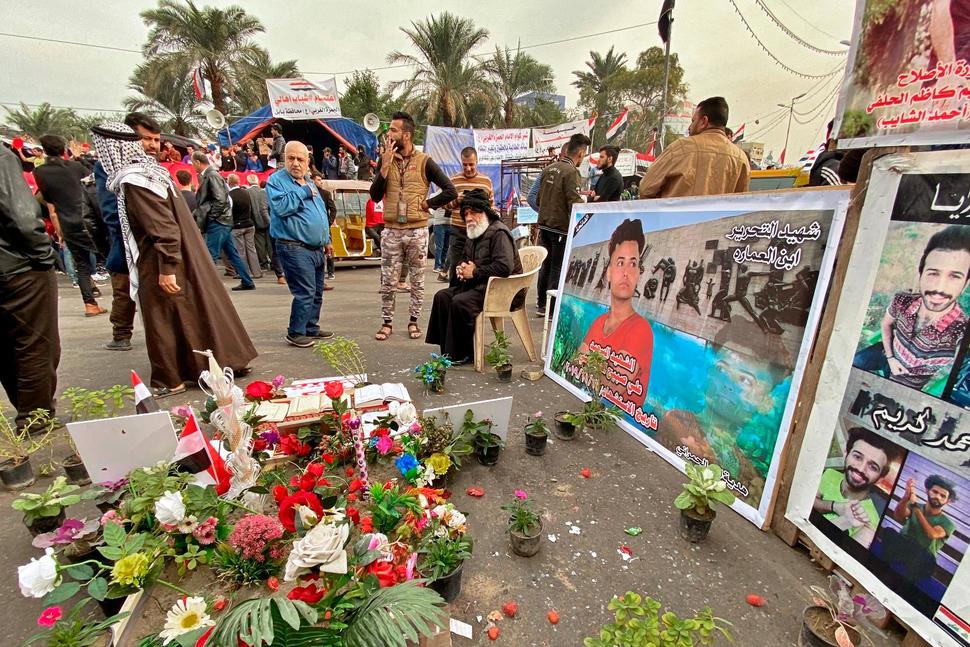 BAGHDAD (Reuters) — Iraq’s top Shia Muslim cleric on Friday condemned recent killings of anti-government protesters and urged full state control over the use of weapons in the country following one particular deadly attack by masked gunmen in Baghdad.

Iraqi security forces have shot dead scores of demonstrators protesting against the government’s failure to satisfy their demands for an overhaul of the country’s political system, halting corruption and an end of deep-rooted Iranian influence over state institutions.

Sistani has addressed the unrest in every Friday sermon since the protests began on Oct. 1, calling on security forces to deal peacefully with demonstrators and also urging protesters to shun violence.

“We strongly condemn the killings, kidnappings and assaults that took place in all forms,” he said in a Friday sermon in the holy city of Kerbala, read out by his representative.

“We call on all concerned parties to take responsibility,” added Sistani, calling for an urgent investigation into the “horrific crimes”.

Sistani said that all weapons should be brought “under the control of the state”.

Paramilitary groups, including many backed by regional Shia power Iran, make up a formal branch of Iraq’s security forces, but some operate semi-independently. Many Iran-backed Iraqi militias have ties to powerful figures in Iraq’s parliament and government.

Sistani on Friday, the cleric warned against outside interference in Iraq, urging state security forces to be loyal to the nation.

“We must reiterate the necessity to build the army, and Iraq’s other armed forces, on solid professional foundations, so that they are loyal to the homeland and can defend against external aggression,” he said.

Sistani has long opposed foreign interference, as well as the Iranian model of senior clergy being closely involved in running state institutions.

Tens of thousands of protesters have been demanding an end to Iraq’s post-2003 political system, underpinned by endemic political corruption. More than 440 people, mostly unarmed protesters but also some members of the security forces, have been killed since Oct. 1, according to a Reuters tally.

Protesters blame Iran-backed militia groups for a spate of other killings including assassinations. Many activists have been arrested or have disappeared, local rights groups say.

As demonstrations enter their third month, violence is spiraling with an increase in threats, kidnappings and killings of activists and protesters, according to activists and security sources.

On Thursday, a young man was lynched in central Baghdad as dozens of onlookers recorded the incident on their phones, local media and rights activists reported. Reuters has been unable to verify the circumstances surrounding the incident, which was widely circulated on social media.

Image: Posters of Anti-government protesters who have been killed in demonstrations are displayed in Tahrir Square during ongoing protests in Baghdad, Iraq, on Thursday, Dec. 12, 2019 (AP Photo/Khalid Mohammed)