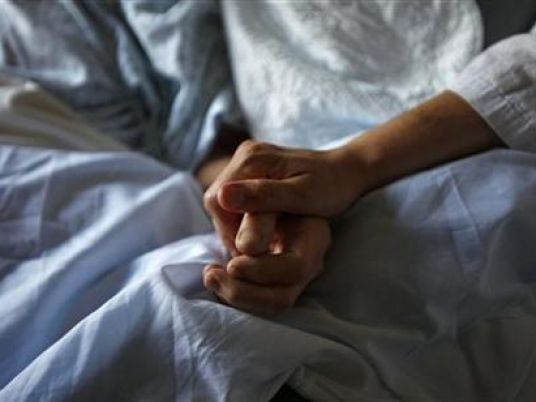 Irish women are tweeting details of their periods to Prime Minister Enda Kenny to help publicize a campaign to repeal restrictive abortion laws.
Abortion is a divisive issue in Ireland where, after large street protests from both sides of the debate, a complete ban was only lifted in 2013 when terminations were allowed if a mother's life was in danger.
When Ireland chose to become the first country to adopt gay marriage in a referendum this year, marking a major shift in what was once a strongly Catholic and socially conservative society, calls for abortion law reform gained momentum.
"Since we know how much the Irish state cares about our reproductive parts… I think it's only fair that the women of Ireland let our leader @EndaKennyTD know the full details of our menstrual cycle," comedian Grainne Maguire said in a tweet this week that kicked off a Twitter campaign that has gone viral.
Dozens of other women joined in, tweeting details of their menstrual cycle, with some criticizing Kenny for not responding.
Governments have been loath to tackle an issue they fear could alienate conservative voters despite a dramatic waning of the influence of the Roman Catholic Church, which had dominated politics in a country where divorce was illegal 20 years ago.
The 2013 abortion legislation was adopted following the death of a woman who was not allowed to abort her dying foetus, a controversy that made international headlines and reopened the decades-long debate.
Kenny, a practicing Roman Catholic, was sent plastic foetuses and letters written in blood by pro-life campaigners for bringing in the limited reforms and has said any further changes will be left to the next government.
His junior coalition partner, Labor, has already said it will campaign at the elections next year to allow abortion for cases such as rape, incest and fatal foetal abnormality.
Activists are demanding the abolition of the eighth amendment of the constitution, which enshrines the equal right to life of the mother and her unborn child, while their opponents demand that it remains in place to safeguard all life.
Less than a quarter of Irish people believe abortion should be available in all circumstances, an RTE/Behavior & Attitudes poll showed this week, with 64 percent in favor in some circumstances and 14 percent against it under any circumstances.
"To all the women tweeting @EndaKennyTD their period news. They can take our human rights, but they'll never take our humor #repealthe8th," Maguire tweeted.