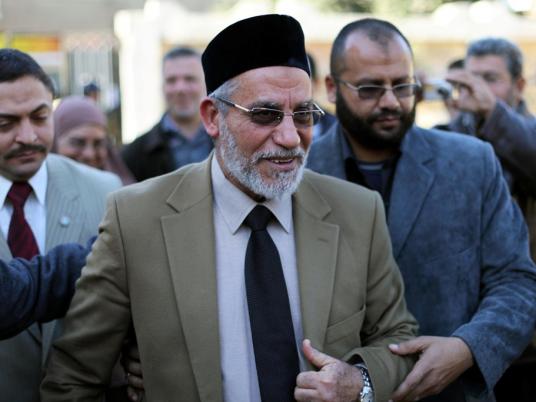 US foreign policy toward Islamist parties in Egypt is shifting, and this shift has become visible in the US media's reporting on Islamists in Egypt, and the Muslim Brotherhood in particular.

Three weeks ahead of the first phase of Egypt's parliamentary elections, US Secretary of State Hillary Clinton confirmed reports that the Obama administration would work with ascendant Islamist parties in the Muslim world.

“For years, dictators told their people they had to accept the autocrats they knew to avoid the extremists they feared. Too often we accepted the narrative ourselves,” Clinton told her audience.

Following the first round of People’s Assembly elections, when it became clear that the Muslim Brotherhood’s Freedom and Justice Party is set to dominate the new parliament, chair of the US Senate Foreign Relations Committee John Kerry met with Brotherhood members and reportedly told them he was not surprised by their sweeping electoral success.

Kerry's visit was praised by some in the US media, notably John Kiriakou, a former CIA counter-terrorism officer and senior investigator on the Senate Foreign Relations Committee, who cited pragmatic factors justifying the Obama administration's recent rapprochement with Egypt's Islamists.

In December, Kiriakou wrote in the Huffington Post, “The bottom line is that the Brotherhood is going to lead Egypt in the very near future, and it's time we get to know each other.”

According to Kiriakou, the Brotherhood’s religious views are not a compelling reason for the US to remain distant from the group.

“For years, the term 'Muslim Brotherhood' has frightened Americans, especially in the US foreign policy establishment. It has conjured up images of Hamas, anti-American activism and veiled women. These images are accurate. The Brotherhood is Sunni fundamentalist. But so is Saudi Arabia, and we have a perfectly normal and beneficial relationship with the Saudis,” he wrote.

This new approach to US foreign policy is coupled with a significant shift in western media discourse on Islamism. Usual warnings over the “hijacking” of the youth's revolution by Muslim fundamentalists are giving way to an increased emphasis on the “moderation” of the Brotherhood. Centrist American papers publish coverage of Egyptian parliamentary elections, accompanied by long feature pieces about Egypt's Islamists, which tend emphasize the Brotherhood's disguised modernism and credit them for their competence and efficacy despite years of repression.

The overarching example in western media of the Brotherhood’s moderation is the anticipated future of Egypt's relations with the West and Israel. They find reasons for optimism. “Being a pious conservative Muslim does not mean that one is automatically at odds with the West,” wrote Catholic Online in December. The Brotherhood vows that it will uphold Egypt's international agreements, particularly its peace treaty with Israel.

The Economist in December thus cited several reasons for this changing perception of the Brotherhood, arguing that the organization is more tolerant and democratic than "we in the West" thought: “Most of the signs are that it is a long way from both its intolerant caricature and the tenets promoted by some of the Brothers' predecessors a generation ago […] The Brothers have repeatedly insisted that they will uphold the rights of women and religious minorities and respect the verdict of the polls, even if it goes against them.”

There was also a marked shift in the way “Islamism” is defined. Several writers in highly-circulated American papers tried to convey a more complex image of Islamism, one that stresses diversity in the large spectrum of ideologies traditionally referred to as "Islamic fundamentalism." A distinction was made between “moderate Islamism” and “extremist Islamism,” and it was strongly suggested that the Arab Spring has tipped the balance in favor of the moderate Islamists.

“Moderate Islamists are now in the ascendancy within the Brotherhood. They vastly outnumber the extremists,” wrote Bobby Ghosh for Time Magazine on 14 July 2011. In December, the Economist reiterated the diagnosis of the “failure of violently radical Islam […] Egypt looks set to join a broader regional trend that has seen a more pragmatic, tolerant form of Islamism rise to dominate the political scene, by way of the ballot box rather than the gun barrel.”

The Western press thus seemed to finally acknowledge that “political Islam comes in many shapes and guises,” as suggested by the Economist, telling readers that the Brotherhood may be the best option in the Islamist palette, given the religiosity of the Egyptian people, the weakness of Egypt's liberals, and the extremism of the Salafis. “Grit your teeth and cautiously welcome it — in the hope that the Arabs turn away from the more malignant variety,” the Economist wrote.

The Brotherhood's declaration that they do not plan to form an alliance with the Salafis is all the more reassuring. “The Muslim Brotherhood and Salafis are archenemies — there's nothing like a fight within the faith — so who knows what coalitions will emerge,” wrote New York Times columnist Thomas Friedman in December.

Although a critical distinction is now drawn between the Brotherhood and the Salafis, rather than between obscurantist Islamists and progressive liberals, the hardline Salafis have also been the subject of more analytical, and somewhat sympathetic, pieces. In the New York Times, David Kirkpatrick wrote that “a closer examination of the Salafi campaigns suggests their appeal may have as much to do with anger at the Egyptian elite as with a specific religious agenda […] Alone among the major parties here, the Salafi candidates have embraced the powerful strain of populism that helped rally the public against the crony capitalism of the Mubarak era.”

Some pieces have notably gone as far as to describe the Islamists as the real democrats and the most rational of the existing political forces in Egypt. A Time Magazine opinion piece by Bobby Ghosh titled “Why Islamists are Better Democrats” didn't leave room for misinterpretation: “The Islamists, it turns out, understand democracy much better than the liberals do.” According to Ghosh, the Islamists achieved the success they deserved for being better organized, for adopting a conciliatory approach with different political currents, for building on their efficacy in providing social services for decades in poor neighborhoods, and for knowing how to address the discontented masses; in short, for doing what the West had expected from Egypt's liberals, who failed. Ghosh ended his piece with the statement that “[the liberals] still have time to learn to be better democrats — like the Islamists.”

Perhaps the shift in the depiction of Islamists in the western press can be attributed to a fact so simply expressed by Eric Tager and Ira Weiner in Foreign Affairs Magazine: “Washington will have no choice but to work with whoever comes to power in Cairo”.

There is also a sense that Egypt will have to go through an Islamist stage before the following the path of Western democracies. Friedman wrote for the New York Times in December, “There is little chance of any Arab country going from Mubarak to Jefferson without going through some Khomeini.”

But US acceptance of the Brotherhood carries the expectation that the latter will reciprocate. It is believed that the Brotherhood is in dire need for western aid and foreign investment. “As much as they desire power, the Islamists don't want to inherit bankrupt states,” Time magazine wrote in July.

It is expected that the real test for the Brotherhood once in power will be their ability to deliver on their economic promises and meet the masses' economic demands. Nothing in their declarations imply that they will diverge from the path of neoliberalism.

“Egypt does not have [oil] resources. Its only hope for growth is still free-market capitalism […] Whoever inherits power in Egypt will have to deliver a less corrupt form of capitalism, with more competition, more privatization and fewer government jobs, at a time when the Egyptian economy is sinking,” argued Friedman.

Perhaps this confidence that the Brotherhood will not pose any threat to the free market system is the basis for western acceptance of another Muslim fundamentalist ally.