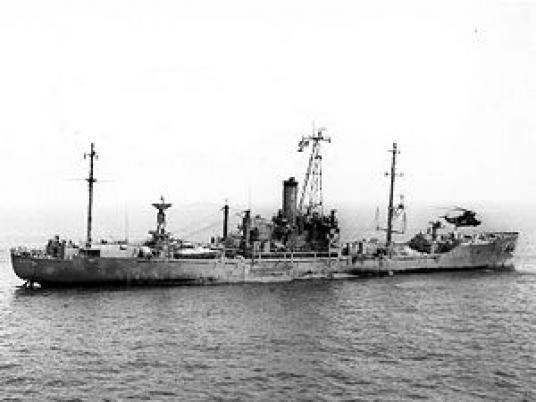 According to the report, the pilots carried out the attack, killing 34 American seamen and injuring dozens more, because they mistook the American ship for an Egyptian vessel.

Although both Israeli and American reports previously concluded that the attack was an accident, some speculation persists that the bombing was deliberate.

The incident, widely remembered as the greatest crisis ever to have occurred between Israel and its long-time ally America, happened on the third day of the war, while Israel was fighting Egypt in the Sinai and Jordan in the West Bank.

Israel’s Channel 2 aired an audio tape purportedly proving that an Israeli pilot involved in the attack, as well as someone working in the squadron’s control tower, believed that the ship was Egyptian.

The control tower is recorded as directing a pilot to bomb the “Egyptian” target, but the pilot reports back shortly after the bombing that he thinks he saw an American flag on the ship’s staff. The control tower repeatedly directs him to circle back and confirm what he saw. Another clip has the control tower giving rescuers instructions about what to do with the sailors – depending on whether they turn out to speak English or Arabic.

“Within a short time, the sense intensified that the attack was a tragic mistake against Israel’s greatest friend, where Israeli pilots attacked an American supply ship,” the channel’s news caster reports.

According to the station, the tapes come from an American spy plane that happened to be circling above at the time, recording the conversation as it took place between the pilot and the control tower. However, the report does not explain how the news network got their hands on the tapes, nor does it seek to explain why the tapes are emerging only now, 44 years after the incident occurred.

Following the bombing, the damaged boat made its way to an American naval base in Malta, and Israeli Prime Minister Levi Eshkol apologized to American President Johnson. Israel agreed to compensate the injured and the families of those killed to the tune of several million dollars, even though it declined to take responsibility for the incident – a fact which the report says “contributed to the proliferation of conspiracy theories regarding the affair.”

“The tapes decisively reveal that the incident was an accident,” it concludes.