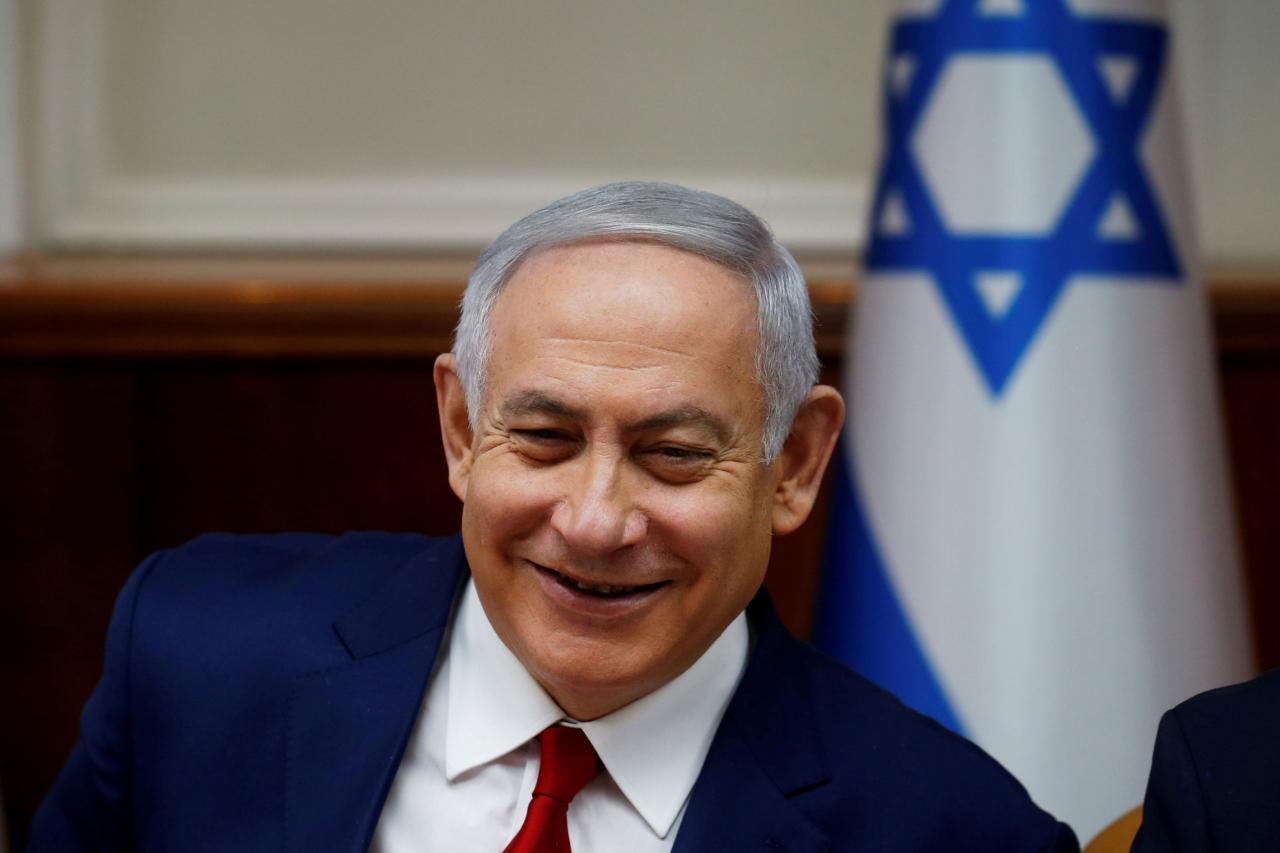 JERUSALEM (Reuters) – Two Israeli researchers said on Monday they had discovered a network of hundreds of fake Twitter accounts that promoted Prime Minister Benjamin Netanyahu and attacked his political rivals, a week before a national election.

No direct connection had been found between the network and Netanyahu or his right-wing Likud party, said the report by the researchers, who described their work as part of a project aimed at ridding social networks of manipulative practices.

Opinion polls show Netanyahu and his main challenger, centrist candidate Benny Gantz, locked in a close race ahead of the April 9 election.

Researchers Noam Rotem and Yuval Adam said fake names were used in more than 150 accounts in the network and hundreds more might also be bogus. They described the research as independent.

Rotem describes himself as an activist committed to rooting out the manipulation of social media.

The authors of the report said the postings on the fake accounts were controlled by people, not automatic “bots”. They named one of the alleged operators, who denied through his lawyer involvement in any organized pro-Netanyahu network.

“Expert analysis shows the network has reached more than 2.5 million Israelis,” the report said, putting the number of tweets since the start of the election campaign at more than 130,000. Israel has a population of about 8.7 million.

In a statement broadcast on the Internet, Netanyahu dismissed the report as “fake research” disseminated by media hostile towards him.

“I thought at first it was an April fool’s joke,” he said. “They are not prepared to accept that you, citizens of Israel, support me.”

The report said one surge of fake tweets came after Israel’s attorney-general announced his intention in February to indict Netanyahu on corruption charges, which the prime minister has denied. Another flurry, the report said, was launched after Gantz’s Blue and White party kicked off its election campaign.

“There is a whole network here, funded by big money, for stealing the election,” Gantz said at a news conference after the findings were released. “This matter demands investigation.”

Faith and foreign policy: Brazil's Bolsonaro in Israel before election