Facebook Twitter LinkedIn
The other day, I was idling in traffic when I happened to glance in my rear view mirror. Although I couldn’t hear anything, I could tell the couple in the car behind me were having an argument.
The man was looking straight ahead, with his hands gripping the steering wheel, a shell-shocked expression on his face. The woman sitting next to him was talking so fast, it was as if someone had pressed a remote control button and put her on fast-forward.
When you’re at home, you might bite your tongue and try to avoid loud arguments as much as possible, because you don’t want to upset your children, or give your mother-in-law a reason to say, “I told you so!” to your spouse. Or maybe you don’t want your next-door neighbour to have anything to gossip about.
But once you’re in your car, you might be more inclined to give full vent to your grievances, simply because no one is around to hear you.
I once had an argument with my now ex-husband while I was driving along Penang’s busy Penang Road. A cockroach had just introduced itself to me by crawling up my leg, causing me to swerve the car a little. My ex berated me for over-reacting and putting us and other drivers at risk.
“Over-reacting? You think I’m over-reacting?” I said, not bothering to keep my voice under control.
“It’s dangerous to over-react when you’re driving,” he said.
It was as if my so-called over-reacting was something I could control; something I chose to do.
“You haven’t seen me over-react yet,” I said, “but if you’re accusing me of over-reacting, I might as well give you something to really complain about.”
With that, I stopped the car (traffic was crawling along at this stage), got out in the middle of three lanes of traffic, and left my husband and the cockroach to get on with it.
I then took a taxi home.
The problem with beginning an argument in your car is that you might reach your destination with some argument still left in you. But when I returned home that day, nothing more was said about the incident. We had both said what we’d wanted to say and there was no point revisiting an argument that had already served its purpose.
But things could have been different. Just say you and your wife (or husband) have been invited for dinner at a friend’s house. On the way there, an innocent conversation turns into a full-blown argument.
When you arrive at your destination, your beloved might decide that she isn’t done arguing with you, so unbeknown to you, she presses the pause button on the argument remote control. When she emerges from the car, she greets your host and hostess effusively.
Over dinner, she is warm and bubbly, and even laughs at your jokes, the same ones you drag out at every dinner party. She also offers to be the sober driver, allowing you to indulge in a few more drinks. You have every reason to believe that all is well in your little corner of the world.
You have never been so wrong.
After thanking your friends for a great evening, you slide into the passenger seat of the car, having consumed enough drinks to float the Titanic. She smiles at you in such a loving way that you can’t help but feel special. But the minute she pulls the car away from the front of the house, she’s got you.
Her finger releases that frozen pause button on the argument remote control.
You know all those drinks you had that were making you feel super happy? Well, you might as well not have had them, because you’ve been catapulted back into Soberland.
There’s no escape. No seeking refuge in another room, no mentioning that the children might hear, no going outdoors to mow the lawn. The only thing you can hope for is that she will have finished before you get home, because if she’s not done, you know what’s going to happen. That pause button will be pressed again. And that argument can be on pause for hours, days, even weeks and months.
Then one day, when you are feeling relaxed and happy, when the birds are chirping and you start to think that all is well in your little corner of the world again, something will happen to remind her that the pause button is still on. It could be something as simple as you walking all over the freshly mopped kitchen floor in your gardening boots, or eating the last piece of cheesecake that she’d been saving for a girlfriend, or forgetting to return the toilet seat to the down position.
And if there is nothing there when she hits that play button, she can always replay one of her favourites.
Tags
couples fight myth relationships spouse

Reach out to your friends. They appreciate it more than you think, study says 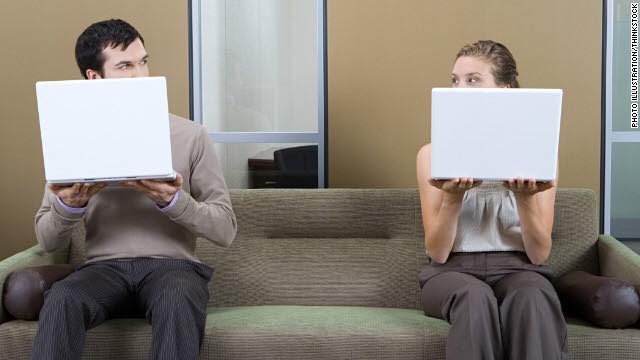 Is all love lost? classic love vs today’s tech love

China says Nobel laureate cremated and his wife is ‘free’