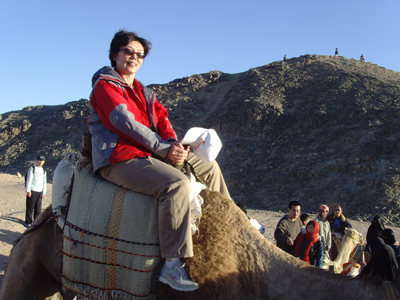 The Japanese embassy in Cairo announced on Tuesday that Japan has eased travel of its citizens to Egypt, after noting an improvement of security conditions.

In a press statement the embassy said that the Japanese Ministry of Foreign Affairs has downgraded the level of the Travel Advice and Warning to Egypt by listing more areas in the country as safe.

Prior this decision Japan has advised citizens to visit Egypt but to be cautious in specific areas including Alexandria, Cairo, Hurghada and the southern regions of the Nile, such as Luxor, Aswan and Abu Simbel.

But now safe areas have expanded to include all of Egypt except North Sinai, the desert and the Western Frontiers.

“The new amendments came after intensive communication between the Egyptian Embassy in Tokyo with the Japanese government to explain that the security situation has improved and terrorism has faded thanks to intensive efforts by Egyptian authorities,” said the Egyptian ambassador to Tokyo, Ayman Kamel according to MENA.

Kamel praised Japan’s decision, saying that it shows their confidence in the security measures taken at Egyptian tourist destinations.

Japan is not the first country to prevent their citizens from traveling to Egypt’s Sinai peninsula, as the US have also asked citizens not to travel there except to Sharm El-Sheikh by air, the Western Desert, and the Egyptian border areas, citing terrorism as the main problem.

Communities: The quiet world of Japanese women in Egypt