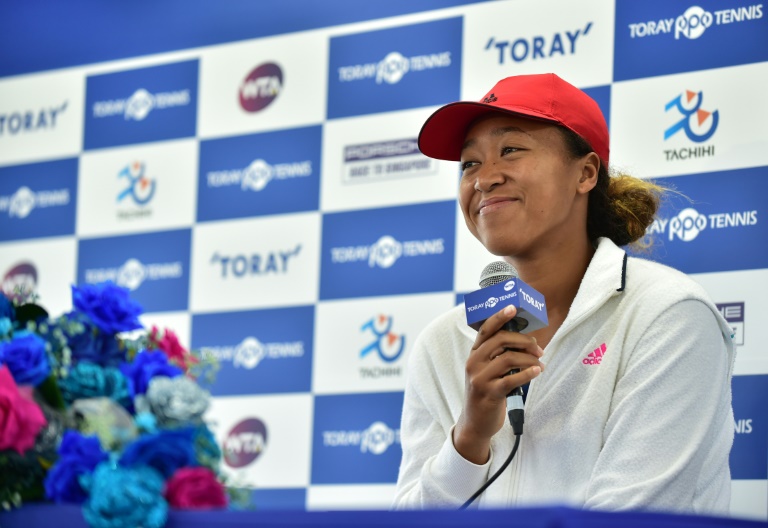 Naomi Osaka has put her US Open tears down to shredded nerves and her natural awkwardness, rather than the tantrum thrown by Serena Williams that overshadowed a historic Japanese win.

The 20-year-old melted hearts when she burst into sobs as boos rang out following her emphatic 6-2, 6-4 thrashing of Williams in a controversial New York final a little over a week ago.

But Osaka has refused to blame her childhood idol, who called chair umpire Carlos Ramos a “thief” in an astonishing rant triggered by a code violation for coaching that culminated in a docked game.

“I feel like there was just a lot of emotions,” Osaka said in Tokyo on Monday.

“I couldn’t really pinpoint it at the time, I just felt very overwhelmed.”

The row that erupted between Williams and Ramos polarized opinion and sparked a debate about sexism in tennis after the American fumed that the umpire would not have treated a male player in the same fashion.

Osaka has stayed above the fray since becoming Japan’s first Grand Slam singles champion but her tears at the trophy presentation provoked an outpouring of sympathy.

“I’m grateful that people care or sympathies but I don’t really think there was anything to be sad about,” said Osaka, who has risen from 19th to seventh in the new world rankings.

“I don’t feel like I would’ve liked to savor the moment more — I think I do things my own way and everyone is different in their own way so I don’t really have any regrets.”

Osaka, the daughter of a Haitian father and Japanese mother who was raised in the United States, apologized to Williams for dashing her hopes of a record-equalling 24th Grand Slam singles crown before almost dropping the trophy.

However, Osaka pointed to her nervous demeanor after winning her maiden WTA title at Indian Wells in March, where she blurted out: “Hi, I’m Naomi … this is probably going to be the worst acceptance speech of all time.”

Speaking before this week’s Pan Pacific Open, she grinned: “I’m kind of notorious — I’m not that great at trophy ceremonies. Even in Indian Wells it was a little bit different I guess from everyone else.”

Osaka’s stardust is set to boost ticket sales for the Pan Pacific tournament, where top seed Caroline Wozniacki is chasing a hat-trick of titles — the Dane also beat Osaka in the 2016 Tokyo final.

But Osaka, who has shone a light on mixed-race athletes in Japan with her fairytale New York triumph, warned that she is now a completely different player.

“I’ve played a lot more matches between then and now,” she said.

“I’m a little bit more mature now so of course having that experience helps — and being more confident in yourself too,” Osaka added.

“I’ve played here for many years and got to the final once, so this tournament is very special to me.”

Serena Williams is fined $17,000 for violations during her US Open loss

It's all Serena in all-Williams US Open clash