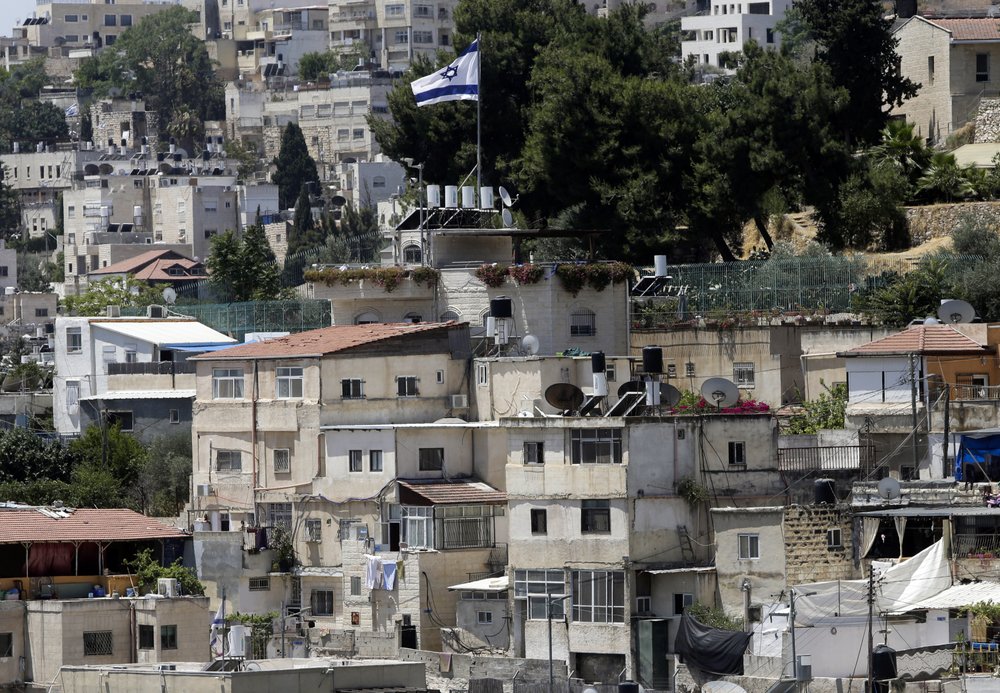 JERUSALEM (AP) — It’s hard to say what exactly will change in the West Bank if Israel follows through on its plans to annex parts of the occupied territory, but east Jerusalem, which was annexed more than a half-century ago, may provide some answers.

Israeli leaders paint Jerusalem as a model of coexistence, the “unified, eternal” capital of the Jewish people, where minorities have equal rights. But Palestinian residents face widespread discrimination, most lack citizenship and many live in fear of being forced out.

Rights groups say that in some aspects, Palestinians in east Jerusalem have even fewer legal protections than those in the West Bank, where it’s possible to appeal to international laws governing the treatment of civilians in occupied territory.

They point to Israel’s Absentee Property Law of 1950, which allows the state to take control of any property whose owner lives in an “enemy state” and was used to confiscate the lands and homes of the hundreds of thousands of Palestinians who fled or were forced out during the war surrounding Israel’s creation in 1948.

Rights groups say that in recent decades, authorities have abused the law to seize homes in sensitive parts of Jerusalem, evicting Palestinian residents and paving the way for settlers to move in.

The Sumarin family has been locked in a 30-year legal battle to prove ownership of their home in Silwan, an east Jerusalem neighborhood coveted by Jewish settlers because of its proximity to holy sites.

When the original owner died in the 1980s, the property was deemed to have an absentee landlord because his four children lived in Jordan. The Israeli branch of the Jewish National Fund then purchased the property from the state in 1991. Last week, a court ordered the family to vacate the property by mid-August and to pay around US$5,800 in court fees.

Family members say the original owner left it to his nephew, who was born and raised there, and from whom they are descended. The extended family living in the home, which now includes 15 men, women and children, says it will appeal the decision.

“Who’s absent? We’re right here. I’ve been here for 40 years,” said Amal Sumarin, the wife of the nephew’s son. “Where are the families with their children supposed to go? Every house built in Silwan is under threat.”

The Israeli branch of the Jewish National Fund, which promotes Jewish settlement in the Holy Land and is known by its Hebrew acronym KKL, did not respond to requests for comment.

Rights groups fear that if annexation takes place, Israel will use the same law to strip Palestinians of privately held land in the West Bank.

Israeli Prime Minister Benjamin Netanyahu has vowed to annex all of Israel’s settlements and the strategic Jordan Valley in line with President Donald Trump’s Middle East plan, which overwhelmingly favors Israel and was rejected by the Palestinians.

It’s unclear when or even if Netanyahu will follow through on his pledge, but he has made clear that he wants to annex land but not people, leaving cities, towns and villages under limited Palestinian self-rule. Tens of thousands of acres of privately owned land would likely become part of Israel, potentially leaving the owners “absent” in enclaves outside its new borders.

“It’s not something that we will see the first day of annexation, and it won’t be a big announcement,” said Hagit Ofran, an expert on settlement policy at Peace Now, an Israeli rights group opposed to the settlements. “But the potential is that Israel will not only prevent the owners from accessing their land […] but also take over their land.”

Palestinians in the annexed territories are unlikely to be offered citizenship, due to Israel’s interest in preserving its Jewish majority, and many would refuse it so as not to legitimize Israeli rule. Instead, they are likely to get the same kind of permanent residency held by most Palestinians in east Jerusalem.

That form of residency grants Palestinians access to social services, freedom of movement in Israel and the right to vote in local elections — but not national ones. It can be revoked if Palestinians reside outside the city, as many are tempted to do because of the difficulty of building or expanding homes in east Jerusalem.

Peace Now has found evidence of systematic housing discrimination and says around half of all Palestinian housing units in east Jerusalem have been built without hard-to-get permits, putting them at risk of demolition by Israeli authorities.

The inequities are on vivid display in Silwan, a crowded, run-down Palestinian neighborhood spilling into a valley just outside the walls of the Old City. It’s proximity to the bitterly-contested hilltop religious site known to Muslims as the Noble Sanctuary and to Jews as the Temple Mount has made it a focus for powerful settler organizations who have spent decades acquiring properties there.

Palestinians view the sale of properties to such groups as a betrayal of their national cause, so the transactions are often carried out in secret through Palestinian middlemen, leading to drawn-out legal disputes and in some cases the physical takeover of homes — or parts of homes — by settlers who claim to have bought them.

Jawad Siyam’s backyard is divided by a crude wall of corrugated steel. On the other side, a group of settlers live in a building that belonged to his family for decades. The settlers took control last year after a complicated 25-year legal battle that they won, in part by invoking the Absentee Property Law.

The two families don’t get along.

Siyam says they shout at each other from their respective terraces. When the settlers held a party recently, Siyam responded to the loud music by dragging his speakers outside and blasting Arab pop.

“He is not a settler that comes to be your neighbor, he comes to take the next house and the next house,” Siyam said. “These neighbors are coming to kick you out.”

Daniel Luria, the executive director of Ateret Cohanim, one of the settler organizations that operates in Silwan, says Jews have as much right to live there as in Tel Aviv. For him and other ideological settlers, Jerusalem is the capital of the biblical homeland promised to the Jews, and the settlers are heirs to the “pioneers” who established Israel in the first place.

“The Jews have a right, clearly, as the true sons of Abraham coming back home, to live in any neighborhood,” he said. “Especially if an Arab wants to sell, which is the case in 99 percent of the cases.”

For many Palestinians living in the West Bank, which has been under Israeli military rule for decades, annexation seems like a grim formality. Siyam fears they will be in for a cruel awakening.

“People think it will not change because they talk about the big image,” he said. “If you talk about the small image, and details, it will change a lot.”

Image: An Israeli flag flies over a Jewish owned house in a Palestinian neighborhood of Silwan in east Jerusalem, Wednesday, July 1, 2020. Israeli leaders paint Jerusalem as a model of coexistence, the “unified, eternal” capital of the Jewish people, where minorities have equal rights. But Palestinian residents face widespread discrimination, most lack citizenship and many live in fear of being forced out. (AP Photo/Mahmoud Illean)