KarmSolar, one of Egypt’s leading private power utility and solar energy company, announced its new action plan on Monday to provide investment capital to its local and regional businesses.

This recent investment round is backed by US-based Synergy Consulting as the sell-side advisor.

The capital injection will finance existing power generation and distribution projects in addition to giving an opportunity for new business verticals, such as solar water desalination solutions provider KarmWater and electric mobility venture KarmCharge, to thrive.

“Through the minority stake sale, we are seeking a new partner to join KarmSolar’s current shareholders and its strategic shareholder, EDF Renouvelables, in supporting the next stage of our journey. These are exciting times for the future of smart, connected utility platforms and we plan to be at the forefront of this paradigm shift in our region,” Ahmed Zahran, CEO and co-founder of KarmSolar stated.

One of Egypt’s fastest growing companies

Named by the Financial Times as one of the fastest growing companies in Egypt and 19th in Africa in 2022, KarmSolar has cemented a significant position across the energy value-chain, covering development, generation and distribution of power to consumers.

The company is distinguished with a portfolio including 42MW of secured and financed generation assets (of which 30MW are operational) & 48MVA of contracted distribution power capacity in the industrial, commercial, agricultural and tourism sectors (of which 12MVA are operational).

Earlier this year, KarmSolar sealed a 22MW power distribution agreement with MARAKEZ, one of Egypt’s most prominent mixed-use real estate developers, for D5M in its new mall in East Cairo.

In an unprecedented move, it has also became the first privately-owned company to obtain a permit to supply electricity in the North Marsa Alam region by EgyptERA, reaching agreements with eight resorts to take part of the Marsa Alam Solar grid. 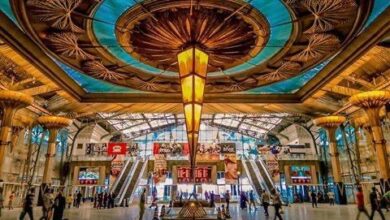